Who is Your Source? 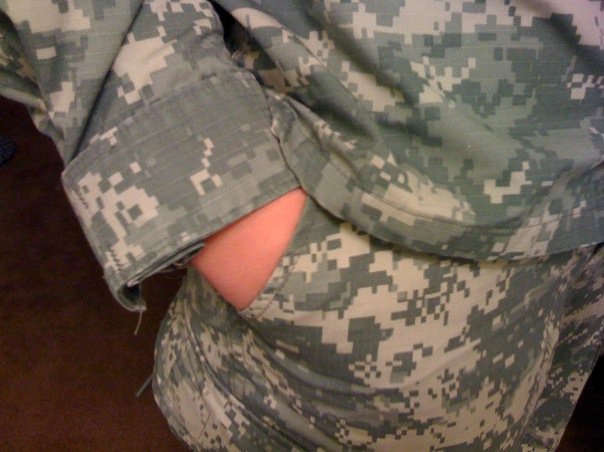 There are a lot of things about this article that have already been proven to be unreliable and the subject of someone's opinion, not any facts already in hand. But it appeared today on Fox News, and Fox News is obsessed with exposing something or other about the attack on the U.S. Ambassador to Libya in Benghazi, so it can be dealt with fairly quickly.

Fox News has driven coverage of the events in Benghazi to the point where the wheels are off the rims and all we see are sparks as the vehicle cruises to an eventual stop, followed by the truth police, who have been laughing the whole way down the freeway. Fox News is in the hands of people who think they can advance articles like this and get some traction.

On the night of the Benghazi terror attack, special operations put out multiple calls for all available military and other assets to be moved into position to help -- but the State Department and White House never gave the military permission to cross into Libya, sources told Fox News.

The disconnect was one example of what sources described as a communication breakdown that left those on the ground without outside help.

"When you are on the ground, you depend on each other -- we're gonna get through this situation. But when you look up and then nothing outside of the stratosphere is coming to help you or rescue you, that's a bad feeling," one source said.

Multiple sources spoke to Fox News about what they described as a lack of action in Benghazi on Sept. 11 last year, when four Americans, including Ambassador Chris Stevens, were killed.

"They had no plan. They had no contingency plan for if this happens, and that's the problem this is going to face in the future," one source said. "They're dealing with more hostile regions, hostile countries. This attack's going to happen again."

"Multiple sources" have talked to Fox News. Who are they? Why are they afraid to come out in the open? Are they ate-up soldiers with their hands in their pockets? Contractors who don't know a damned thing? Are they wannabes or are they operators?

Journalists who hide behind anonymous sources and make spurious claims about national security issues should be exposed for the liars they are when they're unwilling to back up what they're saying with, you know, courageous truth-telling sources who are willing to stand up for the truth and speak on the record.

Americans are dead and these men are afraid to risk their careers to get the truth out there. If you know something, and your career is more important to you than the four dead men whose lives were on the line, then why would anyone believe your opinions? We've seen this again and again, and it reflects the irresponsible journalism of Fox News: when you can't come up with facts, find some clown to use as a source so you can move the story.

None of them appear to have been willing to go on the record. Why? If these individuals have information, they should feel free to express themselves and speak candidly. They should feel like they have whistleblower protections and they should be backed up by any Inspector General or Member of Congress who can be convinced to support them.

As a matter of fact, why not allow all of these sources to testify to what they know, under oath, before anyone who wants to hear them. When you have information or an accusation, you should be ready to speak openly and honestly about it.

Instead, Fox News runs an article sourced to anonymous people and passes it off as something worth reading. Unless and until someone comes forward, this sort of trash is going to continue. This sort of unsourced rumor mongering is going to flood the news and it should be exposed for what it is--irresponsible and incompetent.

The person who said "When you are on the ground, you depend on each other -- we're gonna get through this situation. But when you look up and then nothing outside of the stratosphere is coming to help you or rescue you, that's a bad feeling" knows nothing of the logistics of Libya and doesn't understand that military commanders cannot just wave a magic wand and make a plane drop a bomb out of the sky whenever someone is being shot at. They are used to a theater of operations like Iraq where air assets were either based in country or close by. In Libya, we did not have that sort of footprint, logistics or otherwise.

Putting diplomats in foreign countries that have just been through a destabilizing overthrow of a dictator is dangerous business. If the United States had abandoned efforts to establish a diplomatic presence in Libya, the criticisms for that policy decision would have been just as severe as the ones being expressed now.

Once the attack was known, an unarmed Predator drone was brought in. Special forces troops were ordered to the scene, one team from a base in North Carolina and another team from a base in Central Europe. News flash--it takes a little time to transport people from these sites. This is what was available. We did not invade Libya and bring entire brigades of attack aviation with us--we chose instead to send people who knew the risks.

Each and every time Fox News or whoever else makes these charges, they denigrate the men who died and the hard choices they made to represent their country. If you really want to stand with them, accept the fact that they were asked to go into a dangerous country to do impossible work and they didn't flinch and they didn't complain.

Unless and until these "sources" come forward, you can forget about getting to the bottom of what happened. That simply does not advance the agenda of the Republican Party.
on May 02, 2013