Who Is the Racist? 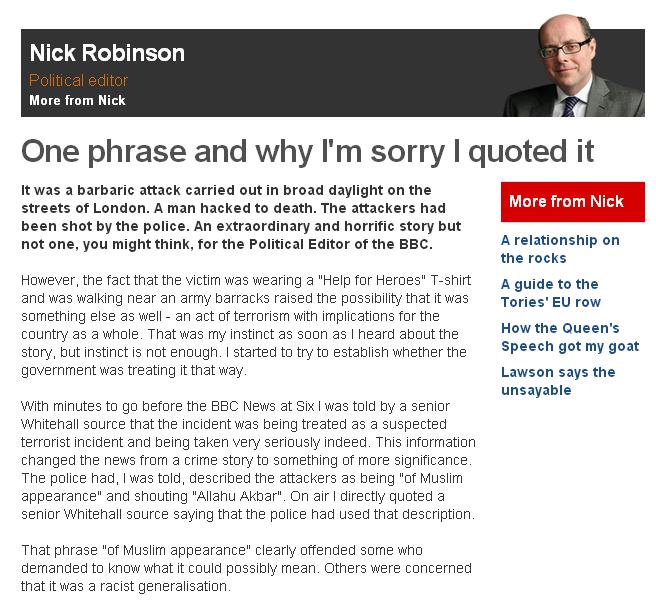 Nick Robinson is under fire for making a statement where he directly quoted a police source. Had he refused to go with the actual description he was given, or if he had omitted the information, you could make the case that he was being culturally sensitive and you could say that he was denying the public information.

The attack in London yesterday was so horrific--and was designed to incite violence well beyond what actually happened--that I cannot condemn Robinson's remarks. He was operating in the interest of public safety, and even though the description "Muslim appearance" is a reprehensible choice of words, it should be the responsibility of the police to clarify and update their terminology so that their information is of better use to the public.

In the debate over journalism and ethics, the need of the public to be informed is usually the last thing considered. Robinson made an attempt to put the public first by quoting his source verbatim. Where is the apology from Whitehall?
on May 23, 2013