When Will There Be a Peace Dividend? 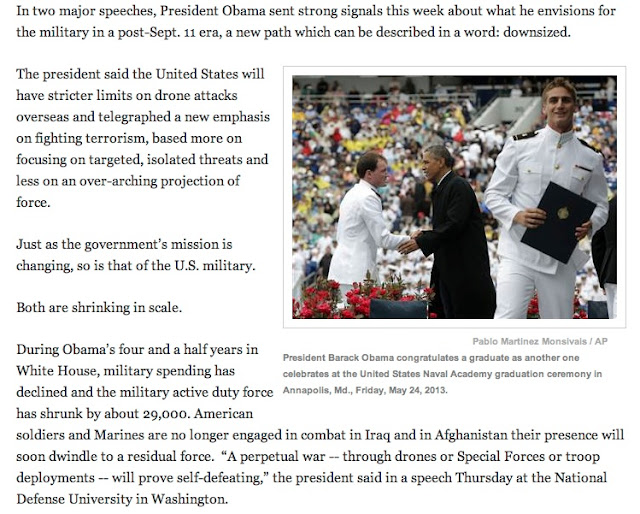 America needs a peace dividend. It needs to see a benefit from the draw down of the military and it needs it now. The money we save on the military should be spent on infrastructure. Good luck with that.

Common sense indicates that if you make the military smaller, and save money, you need to guard against creating a hollow force. The problem is, the Iraq and Afghan wars hollowed out the Army and a good chunk of the Air Force and the Marine Corps. The Navy has suffered, of course, but the Army has suffered more than anyone. It is now full of people who were let in when they were grabbing anyone with a pulse and throwing them into a uniform in order to maintain troop levels after our forces were exhausted by the end of 2006.

Do you think it's a coincidence that the conduct of military personnel has now become an issue? And that finding jobs for people who are getting out of the military is getting more and more difficult? When you lower standards, you create a wave that passes through the military and back out into the civilian world. That wave will subside when we are back to maintaining high standards in a seldom-used military that is focused on readiness, not sustaining permanent war.
on May 25, 2013