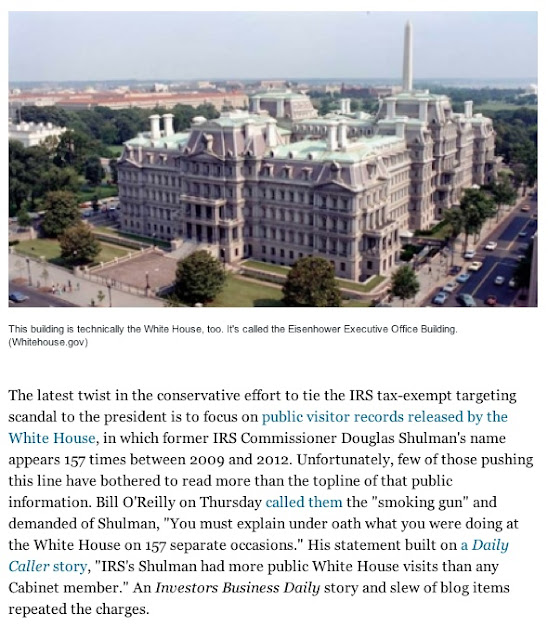 This article details how conservatives failed to adequately analyze the information that the Secret Service makes public. Instead of using common sense and a little knowledge, conservatives looked at the name of Douglas Shulman, found it on some lists, and then started jumping up and down as if they had found their scandal.

When they do, their heads will explode. I'm convinced that the enemies of President Obama are so incompetent that they won't find anything on him worth getting excited about. Will they eventually impeach him on a trumped-up abuse of power charge? Absolutely. Will this effort fail miserably? You got that right.
on June 01, 2013