The German Dialect of Texas 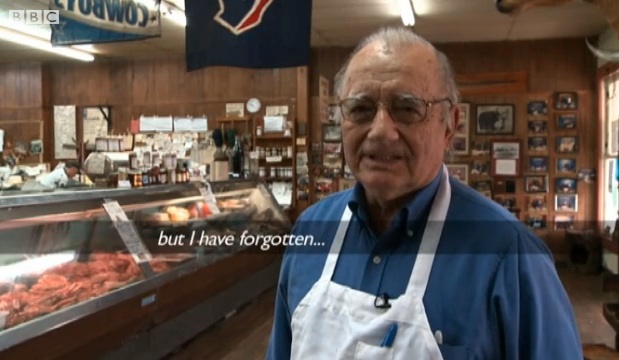 This piece from the BBC is fascinating. It details something that I came into contact with in the late 1990s when I lived in San Antonio.

The first German settlers arrived in Texas over 150 years ago and successfully passed on their native language throughout the generations - until now.

German was the main language used in schools, churches and businesses around the hill country between Austin and San Antonio. But two world wars and the resulting drop in the standing of German meant that the fifth and sixth generation of immigrants did not pass it on to their children.

Still the biggest ancestry group in the US, according to Census data, a large majority of German-Americans never learned the language of their ancestors.

Hans Boas, a linguistic and German professor at the University of Texas, has made it his mission to record as many speakers of German in the Lone Star State as he can before the last generation of Texas Germans passes away.

The population found in the hill country developed a dialect that was distinct, but still German. They brought "oom-pah" music to Texas and this roughly evolved into Tejano music. If you've ever wondered about the heritage of Mexican and Tejano music, think of polka music and add Spanish.

I'm telling you, if it wasn't for the unGodly heat, I'd go back to Texas.