The Frenchmen Among Us 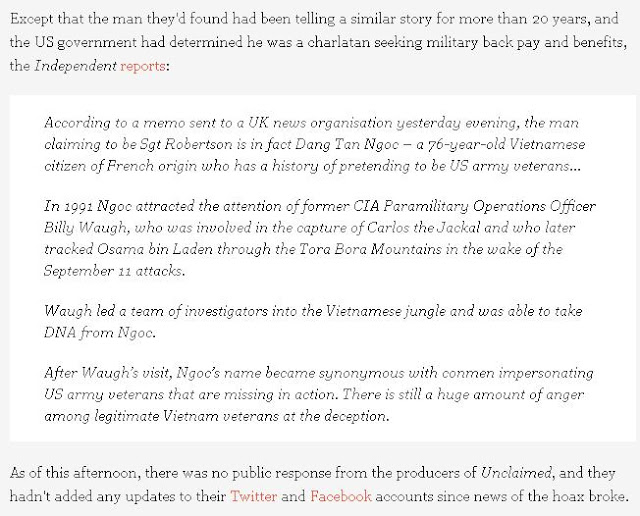 One of the things about the story of the "missing in action" American from the Vietnam era that I did not consider was that there are probably a fair number of people living in Vietnam who exhibit characteristics that would make them appear to be Western. In this case, we have the example of someone who is of French descent trying to pass themselves off as an American POW left behind.

Whoever made the movie Unclaimed is a ridiculous jackass and they deserve to have their movie making equipment smashed before their eyes. I hope their project tanks and I hope they are left with debts and shame.
on May 02, 2013