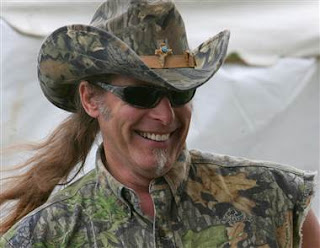 Ted Nugent made some claims about military suicides, and confirmed the belief that he does not, in fact, know anything whatsoever. 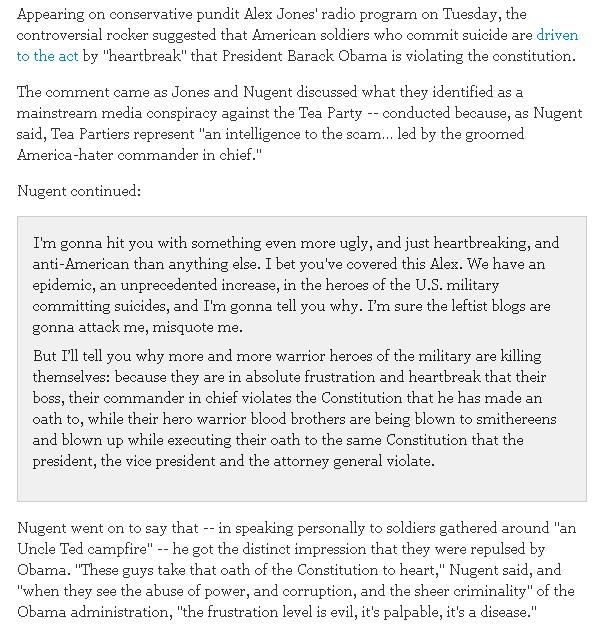 Ted Nugent thinks that people in the military are killing themselves out of "absolute frustration and heartbreak that their boss, their commander in chief, violates the Constitution..."

Why aren't more Republicans killing themselves?

This is why you shouldn't expect anything out of Nugent's mouth to rise above the level of low-rent trollery. He just makes things up now, and he doesn't care how he sounds when he's saying these things. He's reduced to saying them to Alex Jones and he has shot his wad in American social discourse.

Had Nugent not shit himself to get out of military service, he'd know this already. Why would any warrior worth knowing associate with such a draft-dodging individual who has no honor whatsoever?
on May 01, 2013