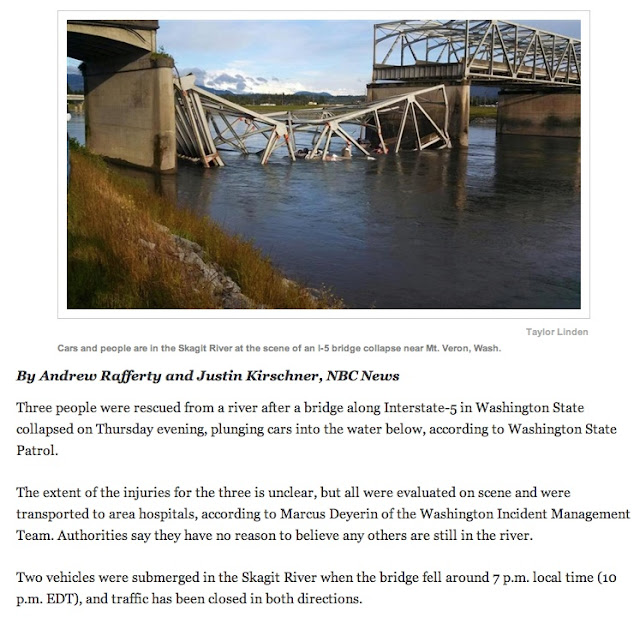 The first thing you say when you see something like this is, thankfully, no one died. The second thing that jumps up at you when you read about how this bridge collapsed on the Skagit River in Washington State is this:

The bridge was built in 1955 and was listed as "structurally obsolete" by the National Bridge Inventory in its most recent assessment.

Talk about burying the lede.
Our infrastructure is crumbling all around us and what should be the greatest public works project in American history--namely, making damned certain all of our bridges and tunnels and roads are safe--is neglected in favor of enriching Wall Street at the expense of the American worker.
How about raising corporate taxes specifically to pay for the infrastructure used by corporations to keep making obscenely high profits? How about a one damned percent rise in the rate? Oh, wait. For most corporations, their tax rate is zero and if you were to change that, the Heavens would fall.