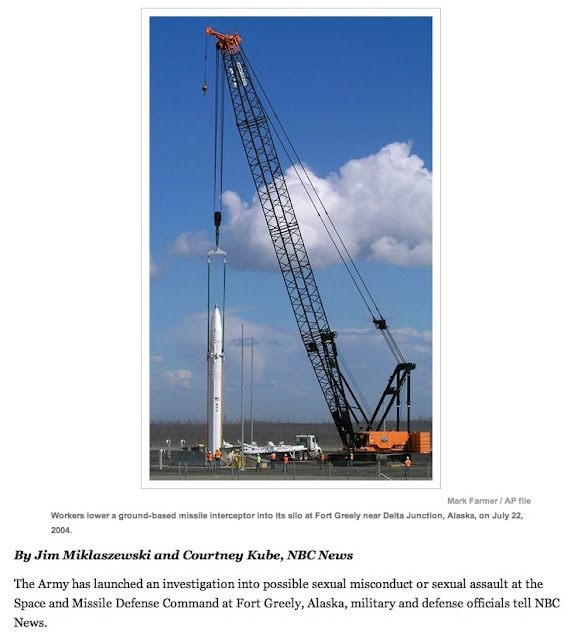 If it's Friday, then the Pentagon has some unpleasant news to dump on an unsuspecting nation.

Today's Pentagon News Dump (and it's a dump of something horrible, usually) concerns fraternization and sex between people who are not allowed to do so because of the Uniform Code of Military Justice. In places like this, it is probably really boring and there are only a handful of fun things to do. Having sex appears to be an age-old response to "what do we do now, sir?" It should go without saying that judgment need not be a part of the equation here.

Really, if you're in a position of authority, stop having sex with subordinates. The Pentagon is having a hard time keeping up with these scandals and this nation has enough problems right now.
on May 25, 2013