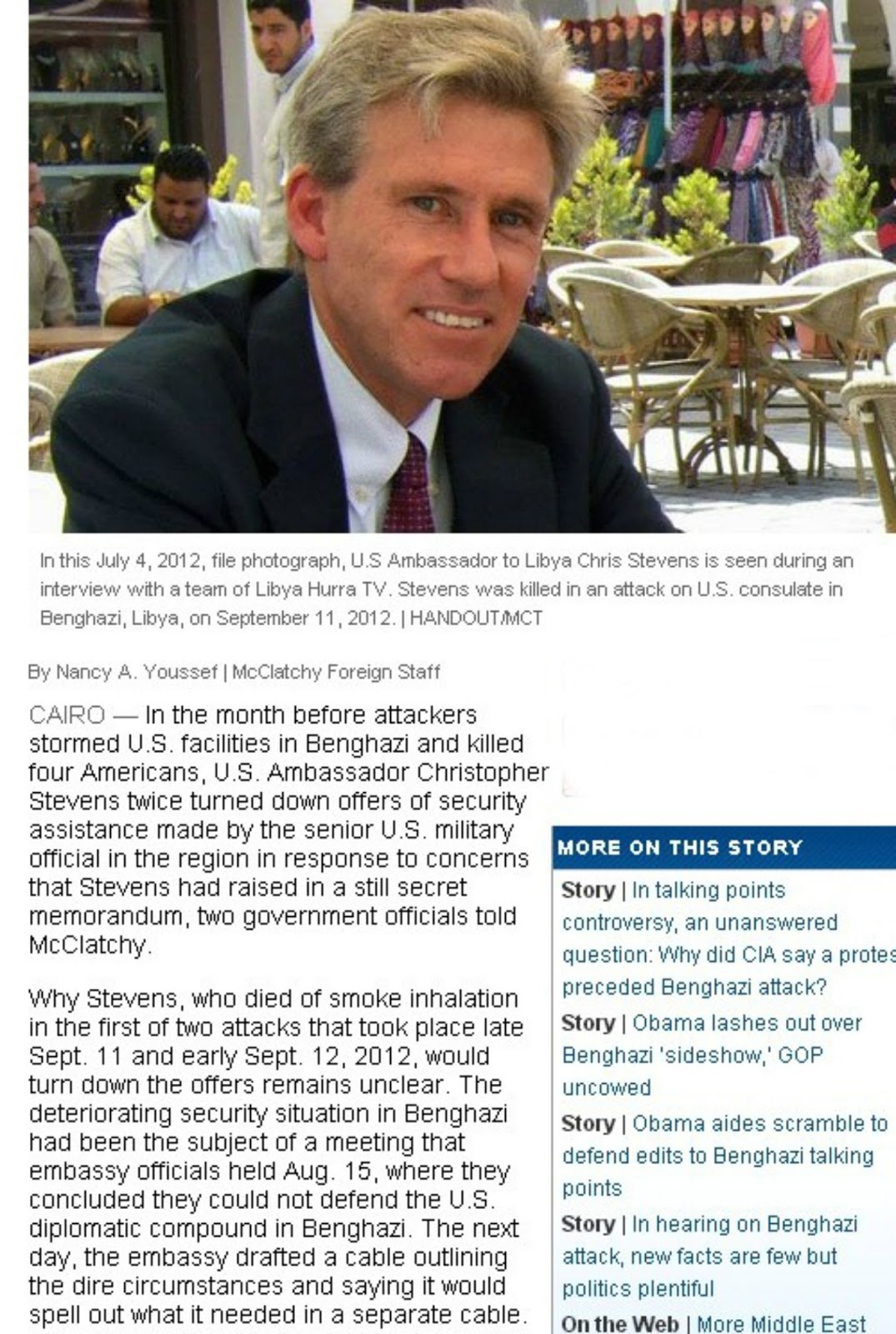 Why was Ambassador Christopher Stevens in a facility that could not be defended? For the same reason he was in Libya in the first place--to carry out a diplomatic mission on behalf of his country.

The conservative mindset cannot comprehend modern diplomacy. Stevens was negotiating with different entities in the emerging chaos that is now Libya and he was establishing contacts with the individuals who were creating the new power structure. To do that, he had to operate freely and not live behind a wall manned with armed guards. He had to move, travel, talk, and connect with others. To a conservative, this process is a waste of time. They believe that Stevens should have been huddled in a bunker, telling others what to do.

These are complex ideas that do not appeal to people who think the world is a target and that America is one long trigger pull of violence and power. Wars that have been averted and deals that have led to trade and commerce and a better life for people are never talked about or celebrated because that's the hard work of diplomacy. Far too few Americans understand that this is what we should be doing best. We have been conditioned to think of war as a permanent state of affairs. Diplomacy should be our end all and our be all instead.

This is, after all, how they screwed up Iraq. This is how they did things in Afghanistan. Stevens, being a professional, was ready to risk his life to conduct diplomacy. This is why he died--because he refused to hide behind walls and guns and do the hard work of getting Libyans to trust the American diplomatic mission. If he had not been killed, there is no guarantee that he would have succeeded in making connections and contacts within Libya that would have led to success. But we prefer his methods to the ones found in the early days of the Iraq war simply because they have a better chance of working.

Stevens was the man on the ground. His assessment should have been followed, and it was. I don't think he should be second-guessed at all. As a professional, he knew the risks and it cheapens his memory to suggest that he should have been overruled.
on May 15, 2013