An Incredible Story, If It is True 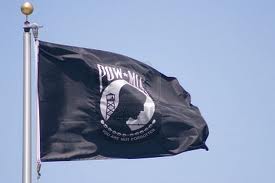 The very idea that there could still be Americans alive in Vietnam is difficult to comprehend. American soldiers, left behind, and living in Vietnamese society? Openly or otherwise?

This story is an amazing one if it is true, and this is what Vietnam Veteran Tom Faunce found out:

That August, however, Faunce caught a break. While earlier efforts to find any record of Robertson’s parents or his brothers and sisters had proved fruitless, a former military associate of Robertson, knowing he was from Alabama, came across an obituary in a newspaper there of a woman who seemed to be the soldier’s mother. With that Faunce was able to connect with Robertson’s sole surviving sibling, 80-year-old Jean Robertson-Holly, and set up the tearful reunion that’s Unclaimed’s heart-wrenching climax.

After Toronto, the documentary moves to Washington for a highly anticipated screening May 12 at the seventh annual GI Film Festival. Jorgensen acknowledges his film has many unanswered questions: Why didn’t the military contact Robertson’s family since it’s now known reports of his survival were circulating as early as 1982? And if Robertson was known to be alive in Vietnam, “Why did the Americans leave him there for all those years?” Are there other John Hartley Robertsons in Vietnam? (Jorgensen says “a highly placed source” has told him there are and it’s not because the Vietnamese won’t let them go; “it’s like [the U.S. military] doesn’t want them to come home.”) But there’s hope the Washington showcase can build some momentum for answers.

In the meantime, John Hartley Robertson remains in Vietnam. “There’s maybe a bit of a misconception; everybody assumes: ‘Well, obviously, he wants to come back to North America,’” noted Jorgensen. “But at this point he’s happier being back there, taking care of his wife, to whom he feels an incredible amount of loyalty, and their kids.”

There is political fallout to consider; it was John McCain, among others, who helped to shout down any efforts to find Americans missing in Vietnam; will they pay any price for such efforts? And will this make people like H. Ross Perot look like they actually knew what they were talking about?
on May 01, 2013