An Apology No One Should Accept 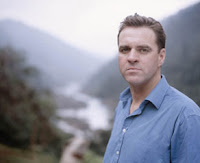 Niall Ferguson has already apologized, profusely, for his statements about John Maynard Keynes, and he has done so with all of the fervor of a many who knows--knows intrinsically--that he crossed a line that should never be crossed in academia. He made unfair, bigoted remarks with no evidence to back them up; he used an ad hominem attack to try to destroy the legacy of a many who is no longer alive. He has seen "the light" and it shines brilliantly on his career, which has been full of such incidents: 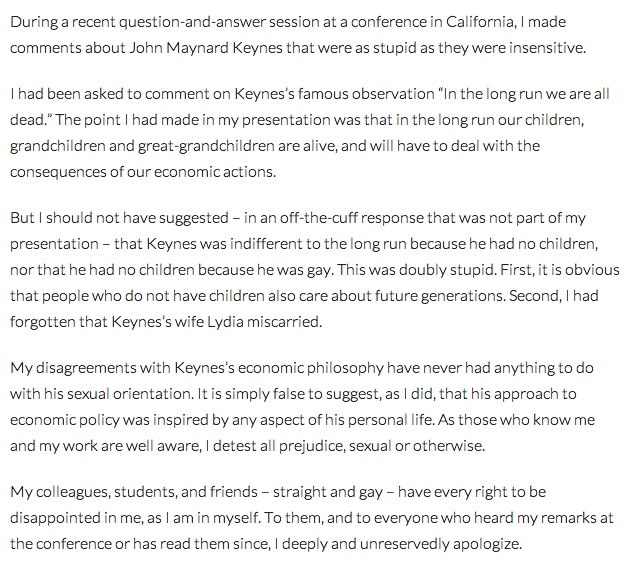 Ferguson has moved quickly, giving anyone who employs him a chance to give him a pass. I would suspect that there are some who would argue that his apology is enough while others will not be convinced by his claim that this was an "off the cuff" response. Who would fall for such nonsense? He wasn't drunk nor was he impaired (perhaps he was? Who would know?) but he sure was quick to explain the details of the life of Keynes in a way that would make him sound like a complete and utter poof.
And that's why Ferguson's apology is hollow. His contempt for Keynes is rooted in a contempt for any old academic who could be tarred and feathered by way of sprinkling fair dust on his grave. What is it with "conservatives" and their hatred for gays? Will they ever figure out that it is a product of their own self-loathing? Will they ever become self-aware enough to deal with the history of gay people and their presence in society? Jeebus. Is this thing on?
Even in such a setting, he should have been ready to explain why the homosexuality of Keynes was relevant in assessing his work. Ferguson knew then, and knows now, that his comment was based on nothing more than his own bias and hatred for Keynes and his own inability to deal with homosexuality in a historical figure.
This is a man who is a consistent and unrepentant concern troll. He mangles history and economics and spits out garbage unbecoming of any academic institution.  See here, here and here.
He should be purring into Sean Hannity's ear and not hiding behind the shield of Harvard University. I don't expect Ferguson to ever be enlightened, but he should be held accountable whenever he engages in intellectual dishonesty and smears of such nature. He is dancing around the fire, trying to win the approval of a tribe that likes to burn gay people at the stake, if only metaphorically. Their approval means everything to Ferguson, and he'll never figure out why this will further degrade whatever legacy he might have imagined for himself.
Niall Ferguson is a fraud and today he reminded people why that is a universal truth about his work and his opinions.
Hilarious update:
No slouch is he: 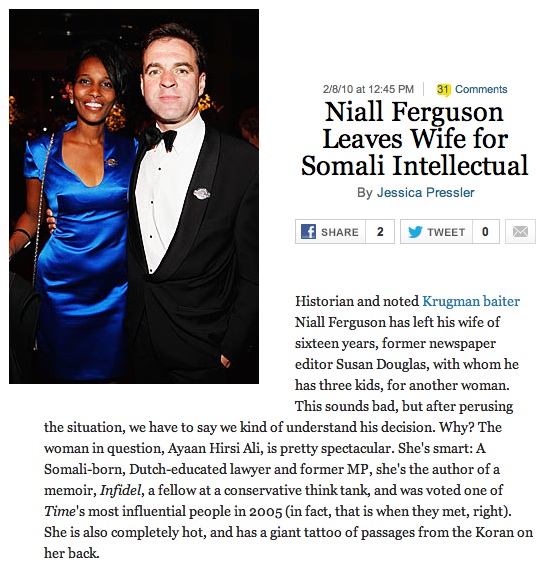 Niall Ferguson, completely and utterly the opposite of gay, all the way. When he procreates, he merely abandons his children, which is much preferable to Keynes not having them, of course.
Oh, to be so manly and family-oriented.
on May 04, 2013