Why Won't Anyone Work With January Jones? 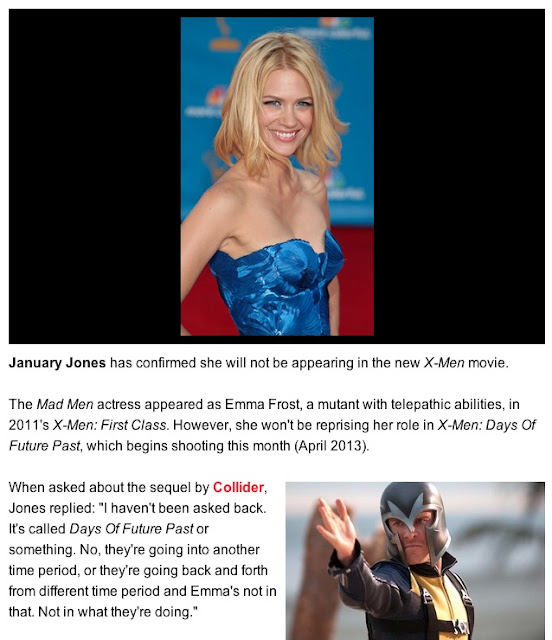 The dirty little secret here is that nobody really wants to work with January Jones. She does not have the star power or the popular appeal to bring her back into the fold of the X-Men movies; if you're bring back Jennifer Lawrence, who does, then why would you bring back January Jones, who doesn't?

Her character should have been a lock; instead, they're going in a "different direction." Translation--no one thinks she would be a good fit in the next film, least of all the director.

Jones has one project coming up this year; she should be fielding numerous offers besides Mad Men. In a couple of years, will anyone even want her around? Talk about fading fast.
on April 05, 2013