Treason Before the War 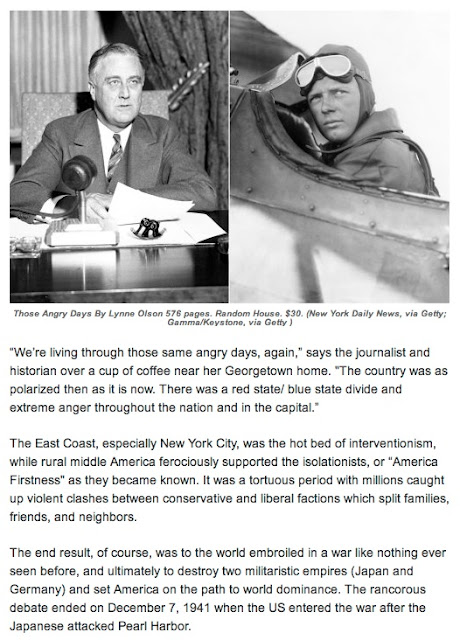 Lynne Olson's new book about the period right before World War II looks like a keeper. This article, in particular, gives you a pretty good idea about what the book will be about.

What I'm interested in is if Olson goes fully into the treasonous acts committed by a great number of Americans before the war started; by definition, treason has to happen after the war begins. However, much of what was done by various American businessmen and politicians before December 7, 1941 would now be considered treasonous, up to and including a lot of what Charles Lindbergh had to say and what he actually did on behalf of the Germans.

There are few really good "accountability" books out there because, well, they tend to indict the elites. If Americans actually had a decent accounting for what Republicans did in the late 1930s and up to the end of 1941, they'd be shocked. That's a story that has been whitewashed out of the historical record.
on April 08, 2013