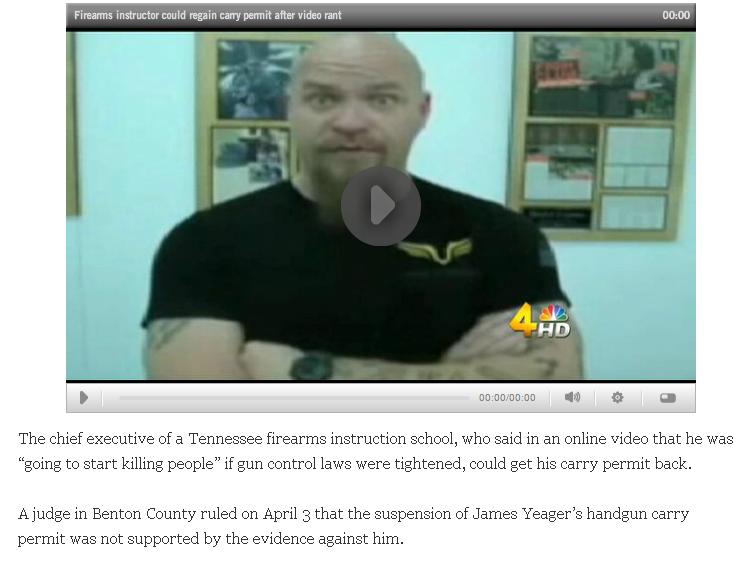 Let's be clear about one thing and one thing only--James Yeager said he would "start killing people" if gun control laws in this country became stronger. Those were his exact words, and he was foolish enough to make a video of himself saying those things and he posted it on the Internet. Nothing was taken out of context.

“If it goes one inch further, I’m going to start killing people.”

This man issued a threat to begin killing people--presumably, in a random and violent manner. I would consider him a domestic terrorist making a terroristic threat.

However, a judge said that there wasn't enough evidence against him. Well, if the man's own words aren't enough, then what does the judge need? Bodies at his feet?

We live in an insane time, and future generations will look at us with disgust over the issue of guns, common sense, and the rule of law.
on April 09, 2013