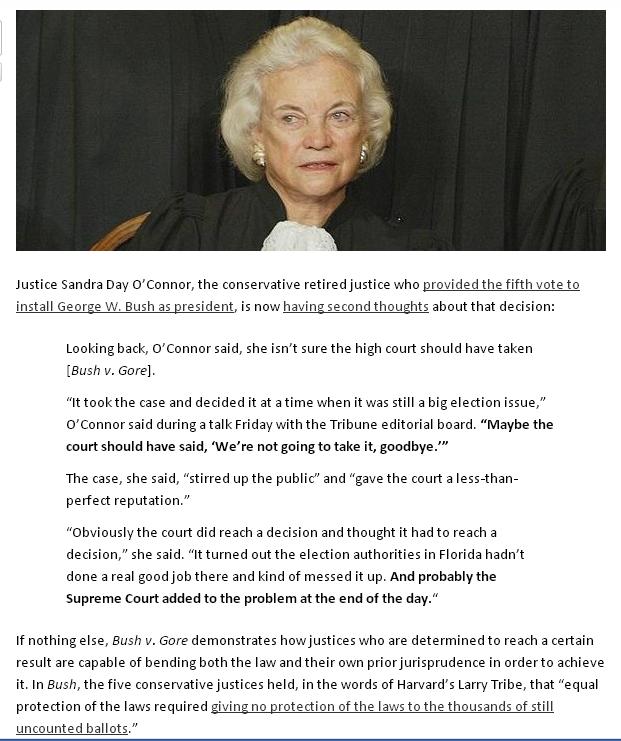 Why didn't Justice Sandra Day O'Connor find her courage to speak out a long time ago? Why didn't she make this part of her judicial legacy by standing up for the uncounted voters?

There is something that resonates in the conservative mindset--the voter is irrelevant, or liberal, or going to vote against conservative principles anyway, so why not disenfranchise them to allow conservatives to "protect" America's way of life? Why not bring "balance" to the equation by disregarding the proletariat and the plebes and the great unwashed?

The Supreme Court, in my lifetime, has been a disgraceful institution. Sandra Day O'Connor brought little if anything to the court to begin with; why bother to express regret now? Oh, that's right. The legacy of the Bush Administration has swamped the paper boats and she sees her legacy as being complicit in the establishment of one of history's greatest failures. You have to sympathize with anyone trying to run from that tidal wave of fail.
on April 29, 2013