Jay Leno Has a Year to Go 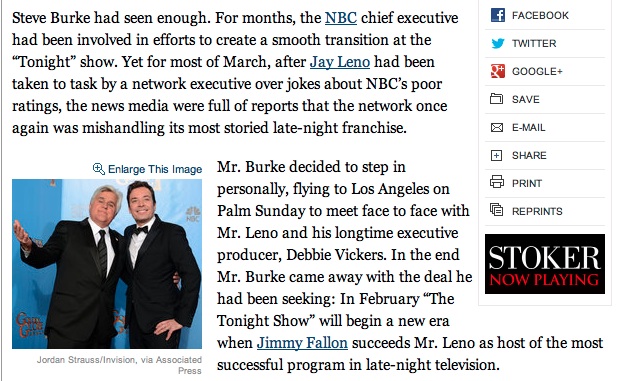 I don't believe any of this happy talk about Jay Leno and the transition of the Tonight Show. I think the Jimmy Fallon has to be the most anxious man in show business right now. Yes, they're building him a studio in New York. But wait--this is Jay Leno we're talking about.

No one is more duplicitous and dishonest than Jay Leno. No one should suppose that he is just going to fade away. And the fact that his ratings are going up is all the leverage he needs.

Over the course of the coming year, my belief is that Leno will derail the process and set himself up as, once again, the "savior" of NBC. The wheels are turning once again, and he's not going to go without some kind of underhanded move or without sticking some knives in the backs of people who think everything has been decided.
on April 04, 2013