George Jones Will Soon Be Forgotten 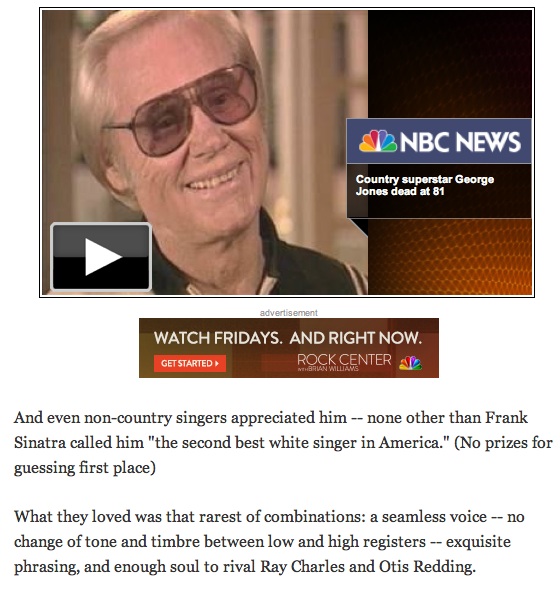 There are a lot of polite things being said about the late George Jones, but, please. The greatest singer ever? The best there ever was? Hardly.

George Jones had great talent and ability, but much of that was thrown away. The vast majority of his career and his recorded output consists of treacly schlock and throwaway garbage. He recorded a staggering number of songs no one will ever hear and which no one will ever buy. He signed away his rights on terrible deals, abused drugs and alcohol like a champ, and leaves behind a few well-regarded phases of a career that was probably too long and too full of trash.

Johnny Cash was a polite man, and Johnny Cash loved George Jones. But it is Cash who leaves behind a career worth something, despite his own periods of creative decline.
on April 28, 2013