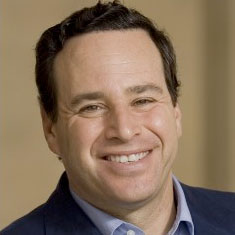 When it comes to social commentary, you can safely ignore David Frum.
Here, he seizes on the background information that surrounds the documentary film Oxyana. This film deals with the misery surrounding the widespread abuse of Oxycontin in a small West Virginia town. Here's how David Frum views the issue:

Many people can experiment with drugs, then quit without excessive trouble. Some people can use drugs for years and remain more or less functional. But more of us - most of us - can't. I haven't seen Oxyana yet myself. But I'm looking forward to seeing somebody speak up for those who need their ability to "say no" to be supported by the law, not undermined by it.

First of all, there is a massive difference between recreational drugs and prescription drugs. In the case of Oceana, West Virginia, the difference couldn't be more stark--doctors and pharmacies and pharmaceutical companies have profited handsomely at the expense of the citizens who were handed Oxycontin prescriptions to help them deal with "pain." This is a case of for-profit exploitation, and a tragic one at that.
Second, Frum's assertion that people can experiment and use drugs for years and then quit is also a ridiculous statement--the difference here, again, is between recreational drugs and prescription drugs. There is a vast difference between someone who uses medical marijuana to manage pain and someone who uses Oxycontin. One is socially unacceptable and we cannot get a handle on it; the other creates painful addiction and dependency. Conservatives like Frum think that marijuana equals instant death and misery from drugs; anything distributed from a pharmacy for big bucks has to be safe to use. Their mindset is crippling the health care in this country.
Third, he adopts the idea that the law is a crutch for people who can't say no, and this espouses the idea that people who are poor and weak get exactly what God intended for them when their lives derail. Opioids, and Oxycontin in particular, are dangerous, addictive substances. You cannot prescribe them to people and then just cut them off. The law is incapable of handing the social ramifications of legally putting people on an addictive substance that then requires them to break the law--and destroy their own lives--in order to keep getting that substance.
Who should we jail? The victims of Oxycontin or the people who have made millions profiting from the misery it has created? If you're David Frum, you kick the druggies and the hippies and you write it all off to the fact that they're probably getting what they deserve anyway. Reality need not interfere when you're cherry-picking things that reinforce your belief in the superiority of those who haven't yet been prescribed the drugs that could destroy their lives.
If someone were to put Frum on Oxycontin for a year and then not give him something to help him transition, I wonder how long it would take for him to visit Rush Limbaugh's doctor?
on April 29, 2013