Baseball Has Failed in Miami 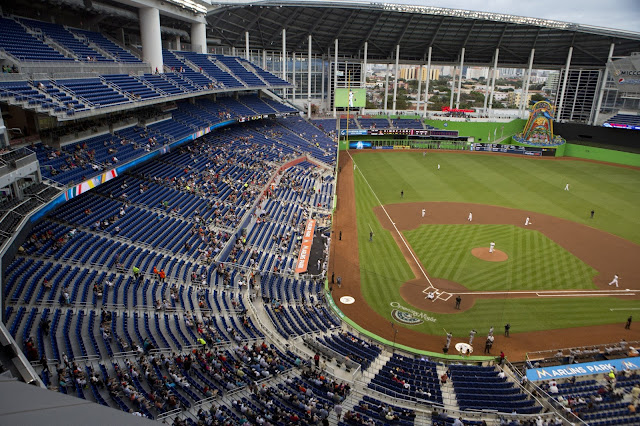 Last year, The Florida Miami Marlins slashed $146 million dollars in salaries from the team. They traded away great players and got next to nothing in return. And, after getting a brand new, state-of-the-art stadium, no one wants to watch the team play.

This is a photo from the third home game of the season. Fan interest in the team is so bad right now, it's not a stretch to suggest that when it finally does get hotter than hell in Miami in July and August that there will be days when fewer than 5,000 people will actually show up and sit through an afternoon game. On a weekend. Wow.

Given that a number of people are there to see the visiting team, this should indicate that the ownership of the Florida Miami Marlins has, effectively, shit the bed and made people hate the franchise. When Jeffrey Loria finally sells out and sticks the community with the tab, he should maybe reconsider being in the business of dealing with paying customers, local politicians, and sports teams.

*When you win two world championships as the Florida Marlins, why would you change your name to the Miami Marlins? I don't get that either.