We Are Still Better Off Without Andrew Breitbart 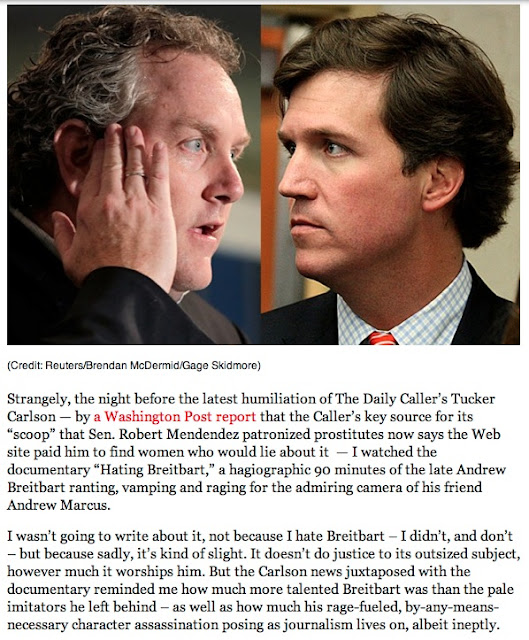 Joan Walsh makes a nice case here for not hating people, and it reminds me of the giddy moment when everyone learned that Andrew Breitbart was dead--a moment when many people said what they felt and haven't bothered to take a moment of introspection.

Here's my moment: Andrew Breitbart being dead is still a good thing, and it is a better world without him. He was an unhinged, racist hate merchant who made money from the misery of others.

Tucker Carlson isn't worth the bother. Remember when he wore bow ties?