The Last Gasp of a Man Who Hates His Own Country 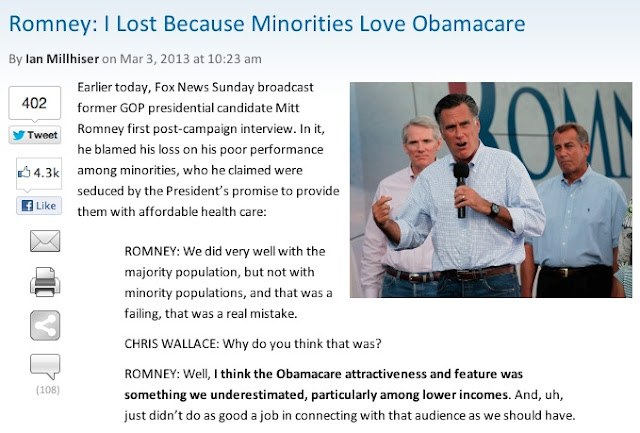 This is one of the saddest and most ridiculous public utterances from Mitt Romney since coming onto the public stage. His hatred of America is now completely understood from the perspective of a man who has always been privileged.

You don't have this kind of hatred for the poor unless you are convinced that they deserve nothing. In Romney's world, his place is established: he is the man who should rule over those lesser than him and, somehow, in 2012, he was denied his place by the machinations of a minority. The 2012 election was stolen from him, you see, because there were simply too many poor people who chose to vote.