Space Does Not Capture the Imagination Anymore 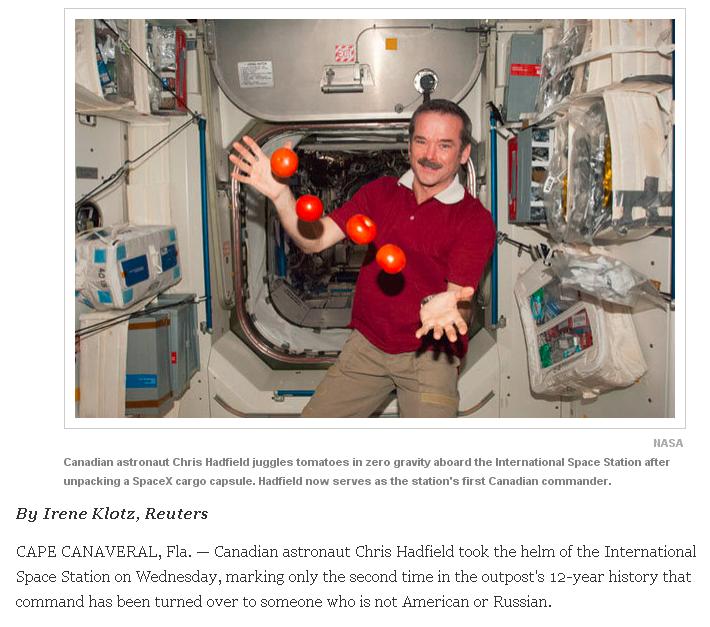 Space used to thrill people. It does not rise to anywhere near the level of national hysteria anymore, unless there is an accident or a scandal of some kind. When the Federal Government cut the budget for NASA and mothballed the Space Shuttles, who had more than a yawn for it all?

And so, we're left with the International Space Station and all of that feelgood hooey. There's a Canadian in charge. And, before you ask, "When did Canada get a space program?", try and remember that there is a space program in Brazil and India and throughout Europe. There are efforts being made to put people into space that are not affiliated with the now-defunct race between Russia and America to conquer the heavens. But it's as boring as being slapped with tissue paper in a rainstorm.

We now put some of the most powerful technology in human history into space; the watch on your arm is more powerful than any computer from the early 1970s was on any of those missions to the moon or anywhere else. Future innovations are probably going to continue to come from the telecommunications field and that which is associated with communicating around the world. I don't think this has peaked, but our disconnect from pushing into space has meant that these advances are going to be slowed by inactivity. That's why it is important to note how hard India is pushing and how the technological edge is slipping.

How do you know when something no longer means what it used to mean? When you are reduced to celebrating phony milestones. Don't get me wrong--this is big for the people who populate Canada's space program. But this is not going to get people to buy models of the space station and dream of going there one day. The space program has bored itself into irrelevance.
on March 14, 2013