Should Scotland Leave the United Kingdom? 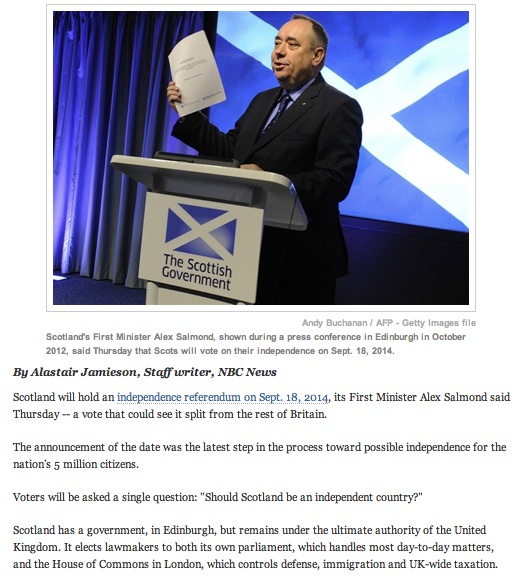 That "single question" is the key here. The people of Scotland are being given a choice as to whether or not to leave the United Kingdom; becoming an independent nation means being able to, among other things, take control of some aspects of the North Sea oil industry.

Leaving the United Kingdom means that the defense of Scotland becomes the responsibility of a country that has to create a military structure from scratch and undertake the expense of doing so. And why not? Scotland for the Scots.

When this is over, there will be no reason for Northern Ireland or Wales to remain in the United Kingdom, either. The whole thing is about to fly apart.
on March 21, 2013