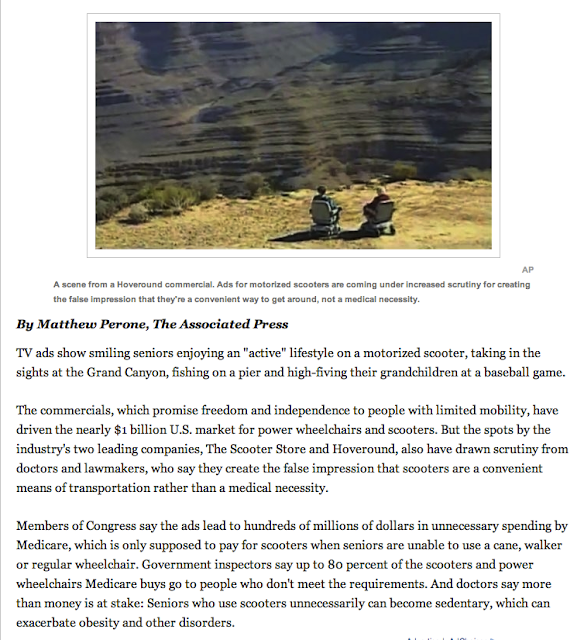 This is why we need to properly identify the politics of certain issues. The "scooter" crowd is overwhelmingly aged and Republican, and they hate the government because that's what Fox News keeps telling them to do. But, when it comes to cashing in and taking what they have coming to them, you can see that 80 percent of them are too lazy to walk and want the government to buy them a scooter.

In this country, there used to be a thing called shame. If you needed a scooter, and you legitimately couldn't walk, there was nothing wrong with getting in one and using it. The people who don't need it and use it because they are lazy should be ashamed of themselves. Ironically, this just kills them faster because they become sedentary and immobile.

The next time someone spouts off about handouts, welfare, free government cell phones, and Obamacare, explain politely that the people who voted for Mitt Romney did so with their ass flaps hanging over the sides of their Rascal scooters, which were bought and paid for by Medicare.
on March 29, 2013