More Betrayal and Neglect From the Department of Veterans Affairs 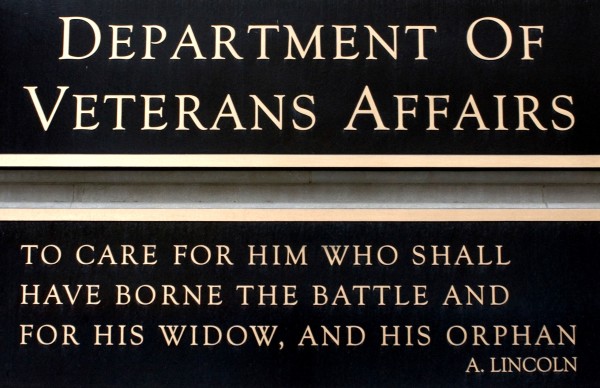 Now, why do you suppose no one wants to hire a Veteran?

The math is mean. Post-9/11 veterans lug a steep unemployment rate that's a point-plus taller than the civilian rate. Add to that the 34,000 troops who soon will return from Afghanistan. Bottom line: The existing bulge of ex-military job seekers threatens to further swell in a world where stripes carry no sway.

How to crack that cold equation? Just a little face time, says unemployed veteran Ruty Rutenberg, who believes that simply standing eye-to-eye with a hiring manager allows former service members to naturally radiate the ocean of intangibles that can only be absorbed in combat.

"That presence, that aura about military people is very tough to see online in a resume, where (HR executives) are only looking at lines of text," says Rutenberg, 29, who served as an Army medic in Iraq, riding in Black Hawk helicopters. He's been searching for his "mainstay" career for about a year. "Online, it's tough to tell a person's emotions, let alone a person's energy.

Having exited this line of work recently, let me tell you a few things.
The Department of Veterans Affairs is one of the worst Federal agencies in the country; it is divided into the hospital and care section, the cemetery benefits, the education benefits, and then the other benefits due to Veterans. This agency should be broken up. It is universally hated and regarded as a terrible place to work. It is a failure. And failures should be corrected.
Every senior person should be fired or retired; new blood needs to be brought in to solve the VA's problems. It is a corrupt, incompetent agency led by sentimentalists and fools who haven't gotten the job done. It is an agency that serves as a wake-up call as to what can happen when you let an ingrained Federal bureaucracy establish a "lifestyle" place of employment that rewards them with spa treatments, junkets, fine living, and luxury while doing nothing to improve the lives of Veterans. Millions have been spent allowing VA employees to travel the country, living large on Federal dollars, and in exchange they have delivered failures, waiting lists, and have left hundreds of thousands of Veterans without a dime in their pockets to live on. Simply out of decency and shame, most of these people should have quit years ago.
There should be one comprehensive Federal Agency that provides Federal health care for Federal employees; if the standards for caring for members of Congress were applied to those who are civilians or Veterans, the health care would improve dramatically. There should be no such thing as a "VA hospital" because that benefit should exist for all Federal employees or not at all. By creating a substandard hospitalization system, we have hamstrung it when it needs to expand. They do good work at VA hospitals but they're simply not big enough to expand for when several million new Veterans are added to the health-care needing population. Care should be expanded to all other outlets and costs should be controlled; no one should be allowed to profit from the people who come back from war needing care.
All other Veteran's issues should be handled by the VA. Take away their ability to screw up health care and then let them sort out the other issues like education, vocational training, and the like.
No one wants to hire Veterans right now because no one is hiring; Veteran status is almost meaningless in most cases anyway. An individual is either going to work well at your company or they are going to fail and treating Veterans as a separate cohort is foolish. The same skills that allowed someone to be PFC Snuffy (late to work, lazy, incompetent, etc.) are not cured because they show up at Your Company, Incorporated with Veteran status and a smart looking resume.
We have incentives to get people to hire Veterans but, the problem is, unless they are already skilled, capable, and have good work habits, you might as well pass on them. This sentimental, noble idea that the military "fixed" what was wrong with them before they joined is ridiculous. If the military actually "fixed" what was wrong with a person, then, chances are, they stayed on active duty. Most of the people who stay in the military do so because they have been given a tax free re-enlistment bonus, a promotion, or they can't do anything else. Most of the people who get out have to get out because they can't get promoted, they're sick of the lifestyle, and they don't want to do it anymore.
This does not make them perfect employees. This just makes them a different group that nobody really wants to hire. We have a fundamental economic problem in this country--companies are not hiring people or paying living wages at a rate that is high enough to begin growing the economy. We are locked in place and can't expand. We are hurting ourselves in the name of a better quarterly profit margin.
Companies simply need to begin hiring, and this whole "crisis" with Veteran's hiring will go away. Right now, it's just a sham, and people are using non-profit status to pretend to be helping to hire Veterans. They're not accomplishing anything significant, and the desperation of people waiting for the benefits to arrive grows worse each and every day. This is why VA needs to be broken up and reorganized.
on March 27, 2013