I had a good laugh at the Republican outrage over this "hot" item from Fox News today. Note that they named the file:

letter from holder to sen paul on drone authority

Attorney General Holder doesn't get his honorary title, of course, because he's merely a member of the Obama Administration; Senator Rand Paul deserves all of their props for forcing the administration to answer a ridiculous question. Another win for wingnuts.

This prompted me to do look at the history of killing Americans from the air and/or with the help of being aloft. Why hasn't anyone bothered to note that Abraham Lincoln ordered the use of drones?

In the modern parlance, a drone is supposed to mean aerial observation from an unmanned aircraft. During the Civil War, the two armies briefly tried to use balloons to observe one another; this use of manned aircraft is about as similar to the use of drones as I could find because, as all wingnuts know in their heart of hearts, shut up, that's why. 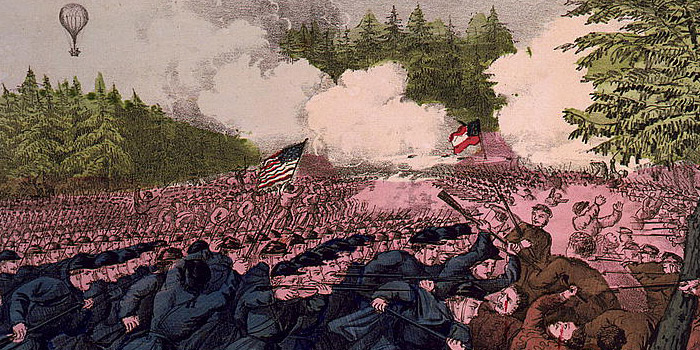 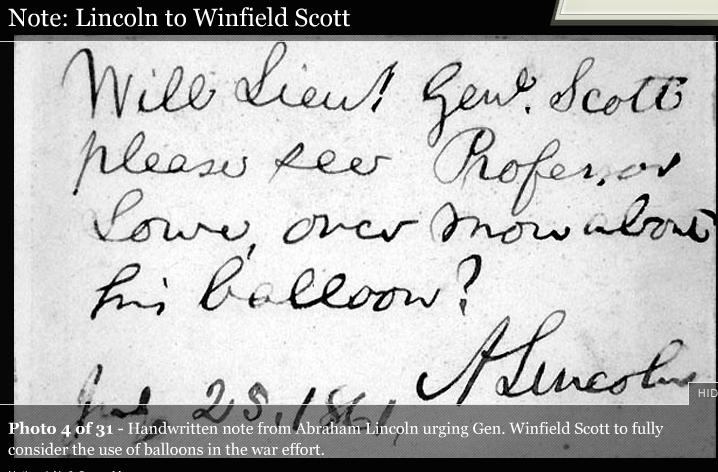 And here you have the use of a balloon to direct artillery fire, thus killing "Americans."

More than any other time in the history of the Balloon Corps, Lowe’s operations became well integrated into the army’s operation. For instance, on May 23rd in conjunction with the 2nd US artillery setup on the Gaines farm next to the balloon station, Lowe personally directed the shelling of the enemy’s ground in the vicinity of New Bridge. After 93 rounds, the Rebels scattered with unknown casualties.

Confederate soldiers did not consider themselves part of the Union but they were "Americans" in at least one broad sense. They were Americans because Lincoln wouldn't have it any other way. His use of balloons to empower the military to make killing them much easier did not survive for very long during the war; eventually, the balloons were abandoned because of the reaction that the enemy had towards them--they went crazy trying to shoot them down and capture them.

But, there you have it. The President of the United States can use pretty much any means at his disposal to kill Americans. Who's to argue otherwise with such solid reasoning and such fine examples?
on March 07, 2013