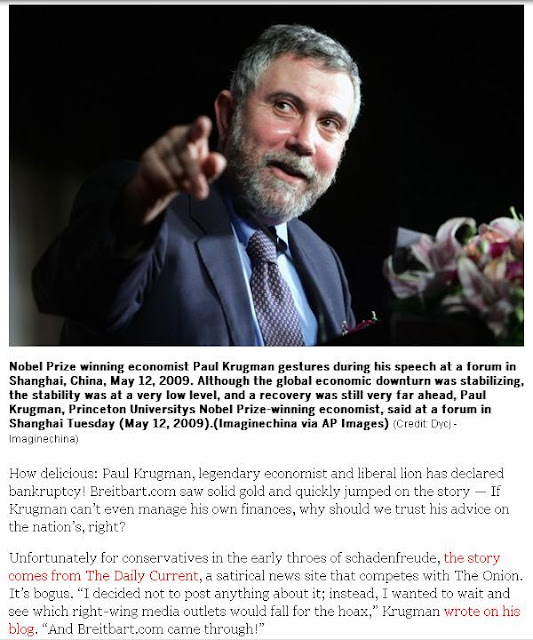 If it has gotten to the point where watching the Breitbart Kidz fail is sport, then there is no reason to continue mocking these clowns. They're irrelevant now, and they always will be.

Someone owns the rights to the "Andrew Breitbart" legacy; this could be his image, his published works, or the websites registered in his name. Someone owns those properties and they need to take them back and fire whoever is working for the Breitbart empire (what's left of it) in order to take care of his own children.

When Breitbart died, it was the fact of his offspring that caused a lot of people to shy away from further delighting in his death. However, Breitbart himself never showed anyone's children deference when he was gleefully screaming in their face or destroying their life. He was a toxic individual, and the toxicity of what's left behind is a legacy that is dying quickly. Someone should take care of his kids, of course, but someone should also note that the destruction of what he built can't come fast enough.
on March 11, 2013