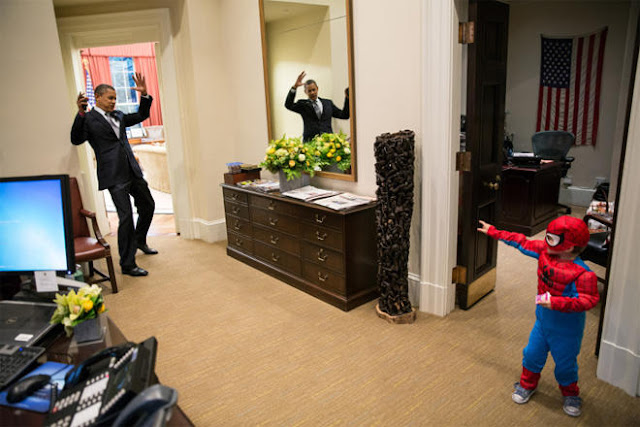 When it comes to influencing the press, it's all a show:

Obama’s sudden burst of public outreach coincides with a drop in his approval ratings, noted first by Democratic pollsters advising the White House last week and now surfacing in a spate of public polls. This raises the uncomfortable question: Is this schmooze-a-thon a legitimate act of humility and leadership or a cynical public display?

I can’t answer that question because I don’t pretend to know Obama’s state of mind. I can tell you that some of his advisers are no more convinced that this strategy will work than they were a few days ago.

“This is a joke. We’re wasting the president’s time and ours,” complained a senior White House official who was promised anonymity so he could speak frankly. “I hope you all (in the media) are happy because we’re doing it for you.”

Another said the president was sincerely trying to find common ground with stubborn Republicans. “But if we do it,” the aide hastened, “it won’t be because we had steaks and Merlot with a few senators.”

The real effort behind reaching out to the Republican members of the Senate is to deflect a lot of the lazy "high Broderism" that exists in the media coverage of the White House right now. By carrying to burned-out torch of David Broder, the media can walk around all day long, yelling about how President Obama doesn't socialize or get along with members of Congress like everyone always did back in the good old days.
These people do not have to get along in order to get things done. But someone does need to acknowledge that the Republican hatred for the President extends well past the point where it stops being about anything other than personal and destructive. The Republican Party has obstructed the country into ruin. Everything else that the media discusses beyond that major point is simply posturing and bullshit.
Want to get something done? Then the media needs to tell the American people that the Republicans will not stop obstructing everything. Ron Fournier is looking into the soul of the president because, quite frankly, there's nothing else to write about. The truth is fairly evident, but the horse race is all anyone wants to read about. This is the equivalent of writing about a car that is sitting on four flat tires as having the wrong kind of hubcaps.
Here is William Roscoe Thayer on the relationship between President Theodore Roosevelt and Congress:
You can read that again and again and see that, in a little over a hundred years, virtually nothing in American political life has changed except for the technology and the desire to avoid run-on sentences.
on March 12, 2013