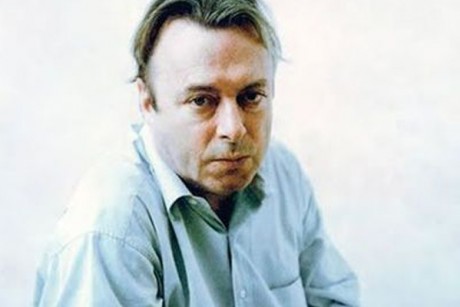 If you are lusting after a thorough and detailed intellectual ass kicking, look no further than Richard Seymour's powerful response to Jamie Kirchick's weakly-argued "review" of Seymour's book on Christopher Hitchens. No one deserves a thrashing like Hitchens. He was the great public intellectual fraud of the first decade of this century. He should be mocked and reviled for the inaccuracy, the bigotry and the misogyny of his work.

First, go read Kirchick. THEN come back and read the rest of Seymour's response. Here is the part that greets the reader up front:

This reviewer, like every reviewer of Unhitched in the liberal media thus far, outs himself as a votary of the Hitchens personality cult. “Hitchens was a friend, mentor and neighbor of mine,” he writes, as if to reassure the reader of his objectivity in this matter. He is also, in the interests of fuller disclosure, a neoconservative writer for the Weekly Standard — just the sort of bargain basement intellectual company that Hitchens kept in his last decade. If Unhitched is written in the style of a “prosecution,” this review is an indictment.

Everything else falls into place after that shotgun blast to the chest.

The reason why it is important to puncture the myth of Christopher Hitchens is fairly obvious from the outset--he threw his lot in with the neoconservatives and ended up, at the end of his life, intellectually and morally bankrupt. You may wish for an ending where Hitchens redeemed himself but he did not. He died, his friends lamented his passing, and then, nothing. His death was an afterthought and continues to be so. People love to read about his views on death (the man could write quite well) and, why not? Here was a man who sneered at the things that killed him and then tried to wax eloquent about a situation he created for himself. The summation of it all should have been, "I shouldn't have given myself cancer. Damn."

When you think about it, why did anyone even bother with Hitchens after the debacle of his efforts to link Iraq with al Qaeda and ascribe a nuclear weapons program to the comically inept Hussein regime? Didn't he blow it, and blow it big, years before he finally died?

Were it not for Seymour's book, who would care? He not only kept company with the "bargain basement" intellectuals of that crowd but he enabled them to use him as a cudgel against the left and against holding the correct positions--the inherently American positions--during our never-ending War on Terror.

Let us not forget that puncturing the myth of Hitchens has been going on for some time:

In this context, his screed on Gore Vidal is merely yet another example of Hitchens’s escalating propensity to project his own increasingly vast distance from reality onto those who object to his war-mongering. It is not Gore who has ‘taken a graceless lurch toward the crackpot’, in the unabashed words of Vanity Fair’s introduction to Hitchens’s outburst. Rather, it is Hitchens who has become after 9/11 an unhinged and deranged cheerleader for Total War. After Gore, Hitchens would have himself anointed ‘emperor’. But it is Hitchens, not the indefatigable Gore Vidal, who staggers and stumbles, shamelessly exposed, screaming nonsensically, through the streets of the American capital.

Who was more correct about the War on Terror as a whole? Hitchens or Gore Vidal?

For me, there's no discussing Hitchens without Andrew Sullivan. Both of them were, and in the case of Sullivan, still, frauds. These two men railed against the anti-war position and were absolutely, resolutely proven to be wrong about going to war in Iraq. Sullivan has been rewarded for his lifetime of being a fraud by the very same intellectually suspect crowd that embraced Hitchens and a neoconservative worldview that hasn't surrendered enough blood and treasure for these men to pick over.

Funnily enough, so was Jamie Kirchick. Hence, his attempt to pin the word tawdry on Seymour. What a weakly-chosen, ineffective word for a fellow fraud to use. Tawdry describes cheap stories of sex and running around drunk in public. If Seymour's book had been about the drinking and the fucking, fine, call it tawdry. But Seymour went after the Hitchens that failed to redeem himself--the bankrupted crank who wanted to see the bodies piled high and who couldn't turn down a chance to take a shot at people who got it right the first time. The obscenity of being for a war that killed untold numbers of people is given a pass and the person who correctly identifies one of the cheerleaders is singled out for abuse?

Sounds like another hit job from the crowd that can't shoot straight.
on February 26, 2013