Pete Domenici and the Decorum of the Senate 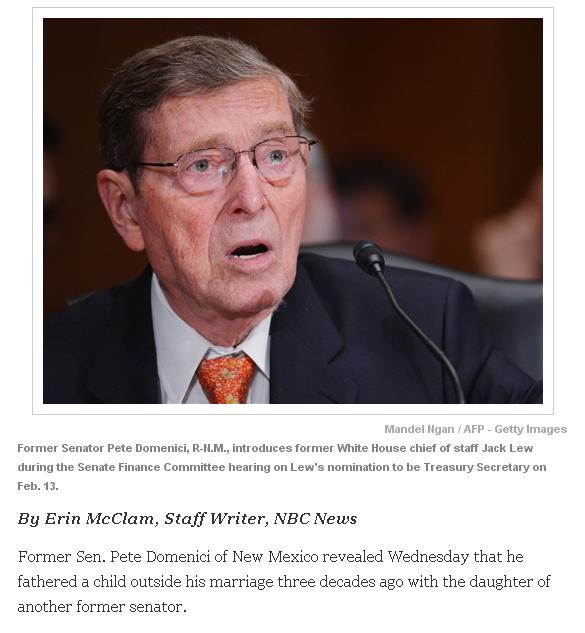 If you're trying to remember who Pete Domenici was, he was this guy:

During the Clinton impeachment vote, which Cleland opposed, the former Senator was suffering mono and he claims that one of his former colleagues ended up making him sicker.

"I wrapped a green scarf around my neck, trying to keep warm. Pete Domenici, the senator from New Mexico, insisted I remove my scarf, as it 'violated the decorum of the Senate.'" Cleland took it off and says he soon felt that he could hardly hold his head up and eventually came down with a massive sinus infection.

An aide to Domenici did not return calls from Huffington Post to respond to Cleland's claim.

Apparently, the decorum of the Senate is something that Domenici knows a great deal about. It's perfectly okay to father a child with the 24 year-old daughter of a fellow Senator; it's not okay for a sick man to wear a scarf. But it is okay for a senator to wear pajamas to work.
But, you know, a Democrat probably did it once so it's all good.
on February 20, 2013