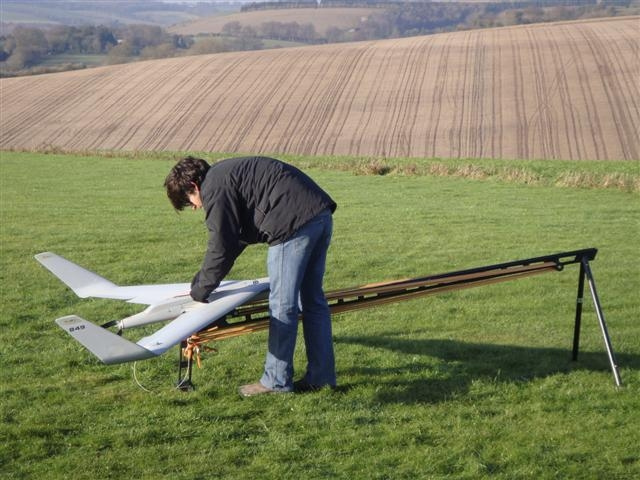 Riverside Police Chief Sergio Diaz, a joint leader of the force tasked with finding Dorner, has confirmed—though not explicitly—and is quoted as saying "We are using all the tools at our disposal." And a third, vague conformation comes from Customs and Border Patrol spokesman Ralph DeSio who is quoted as saying the agency is on the "forefront of domestic use of drones by law enforcement," while declining to elaborate further.

It wouldn't be the first time drones have ever been involved in a law enforcement operation in the U.S. As early as 2011 there was an incident in which Predator drones hunted down fugitives and directly lead to their ultimate arrest. Still, the practice is far from widespread. Presumably, the drones looking for Dorner's heat signature are unarmed. Presumably.

Should armed drones actually be authorized to fire on Dorner, then it would be a first, and frankly a terrifying precedent. And considering all the collateral damage that's already happened, adding drone fire to the mix would be a horrible idea. Unmanned eyes in the sky could be the ticket to ending the week-long search, but you can't unset a precedent.

In California, this has already stirred up a great deal of controversy. Aside from the ARS Technica story here, there is this part of the puzzle to consider as well: 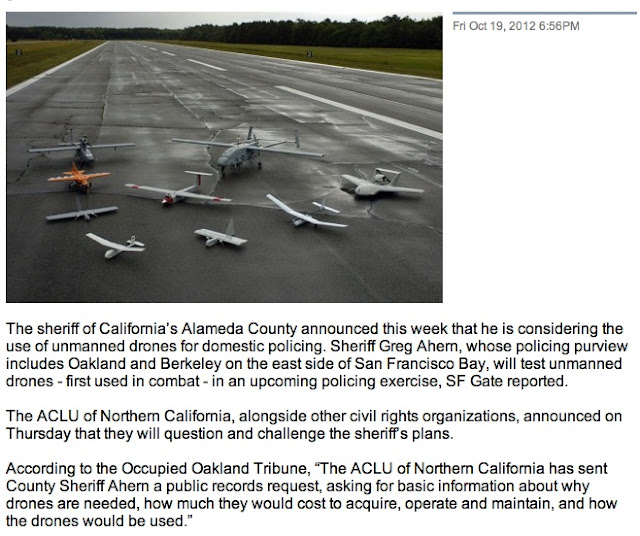 The use of drones to surveil and find citizens is troubling enough; what if this drone were armed? We seem to be reaching a point where the general public, fearful for its safety, might tip towards saying, 'yeah, blow this guy up.'
Nothing brings out a mixed bag of meh quicker than a serious discussion about drones. Simply by writing about drones, I have all but ensured that no one will read this far down into the post; the thing is, I can now say anything I want and it won't matter. It won't resonate as an issue because people in America have already accepted that, as a tradeoff for being "secure," they're not going to worry about infringements on their privacy. Americans don't give a shit anymore about privacy.
The point needs to be made, however. Two women were shot by police officers--human beings--who assessed the situation in front of them and decided to open fire. The LAPD has now gone so far as to buy these women a new truck (there's gotta be a lawsuit on the way). What makes anyone think that a drone pilot is going to have better judgment than actual on-the-scene police officers?
on February 10, 2013