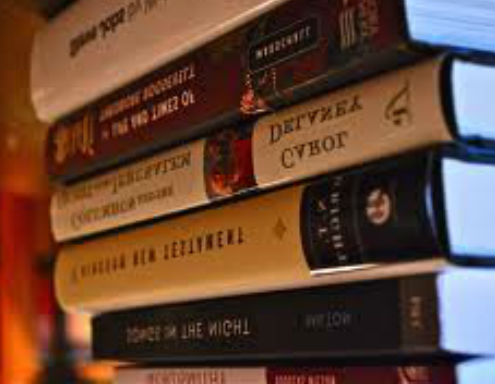 Teju Cole makes a number of great points in this essay, but it all falls apart on closer examination.

Just because the President of the United States is articulate and reads the same books that you read doesn't mean he is any more likely to make wise or intelligent decisions based on the rule of law. And, with regards to drones and killing terrorists, the decisions being made at this stage of the War on Terror (an endless war on a tactic, semantics aside) are not based on law, justice or wisdom. They are being made based on politics and fear.

What, for example, are the vital interests of the United States of America and are they being threatened by the presence of Islamic terrorist cells in the furthest reaches of Northern Africa? Are we protecting American business interests abroad or American citizens at home? Why are we killing terrorists with weapons that are imprecise to the point where killing one can radicalize hundreds?

Our failure to know what our vital interests are and what the limits on American power come down to mean that our weapons, our tactics, and our future are wrapped up in decisions that are foolish and misguided. Nation building has failed, utterly, and yet we think everyone wants what we want and thinks what we think. The vast majority of people who are on the receiving end of our help want to be left the hell alone, thank you very much, and our weird experiment with democracy doesn't fool anyone--not the least of all those who think that corporations are people, my friend.
Should this president or the next president or any future president see, in the course of their term of office, another 9/11 attack, the conventional wisdom says that he or she is culpable of not defending America and should be thrown out of office. It doesn't matter if that premise makes sense or stands up to scrutiny--no President can stop terrorists who are determined to trade their lives for other lives--the conventional wisdom says that we are now in the phase where nothing bad can happen again. Anyone who does let it happen will pay the price that George W. Bush was excused from paying (because "who could have known?").
The American people can't handle the possibility that they will be attacked again. That's why they have, willingly and not-so-grudgingly, traded privacy for security, plane rides for invasive pat-downs, and liberty for the cold comfort of killing people in other countries. Whoever doesn't do these things, and a whole lot of sneaky and suspicious things, faces having to pay a terrible political price.
Do you want to be the president who let another 9/11 happen? Do you want to have, as your legacy, the reality of your own failure? If not, then you are corralled into doing whatever the "wise men" tell you to do, and that's why we've had torture and slaughter and death from above. That's why we have abandoned the rule of law.
Cole expresses incredulity without realizing these things:

How on earth did this happen to the reader in chief? What became of literature’s vaunted power to inspire empathy? Why was the candidate Obama, in word and in deed, so radically different from the President he became? In Andrei Tarkovsky’s eerie 1979 masterpiece, “Stalker,” the landscape called the Zona has the power to grant people’s deepest wishes, but it can also derange those who traverse it. I wonder if the Presidency is like that: a psychoactive landscape that can madden whomever walks into it, be he inarticulate and incurious, or literary and cosmopolitan.

According to a report in the New York Times, the targets of drone strikes are selected for death at weekly meetings in the White House; no name is added to the list without the President’s approval. Where land mines are indiscrimate, cheap, and brutal, drones are discriminate, expensive, and brutal. And yet they are insufficiently discriminate: the assassination of the Taliban chief Baitullah Mehsud in Pakistan in 2009 succeeded only on the seventeenth attempt. The sixteen near misses of the preceding year killed between two hundred and eighty and four hundred and ten other people. Literature fails us here. What makes certain Somali, Pakistani, Yemeni, and American people of so little account that even after killing them, the United States disavows all knowledge of their deaths? How much furious despair is generated from so much collateral damage?

The President is not deranged; he is advised by men and women who know politics. The American political landscape has one basic rule right now--if another 9/11 happens, whoever isn't in power will reap the rewards and shame the nation into handing it a monopoly on power. Fear overwhelms common sense, especially in large organizations. Killing a chief of the Taliban is a no-brainer for these people. Killing has to happen in order to ensure that the orderly flow of a day-to-day effort to protect the American people can happen uninterrupted.
What we need is courage. Are you afraid of terrorists? Why? And simply by being afraid of them, you do know they've won, don't you?
A President who might deign to adhere to the rule of law (no more killing without due process, no more wars without the declaration of a unified Congress, no more torture, no more warrantless surveillance), give up the power already in place, and establish special courts to try those who have broken the law would invite the wrath of a fearful nation. How dare you stop breaking the law to protect us from the people who simply don't have to do anything to attack us because we are already terrorized.
Honestly, until we grow up and embrace courage and the rule of law, there is no hand-wringing that will change anything. You cannot kill your way to a victory in a war with people who are ready to die. Virtually every costly, wasteful, bloated, and incoherent act of war carried out over the last decade and more has violated common sense, the rule of law, and the wisdom of Sun Tzu without expressing a shred of self-evaluation or awareness.
Why would the fact that the President reads wonderful books change any of this dynamic?
on February 11, 2013