You Can't Get Any Dumber Than This 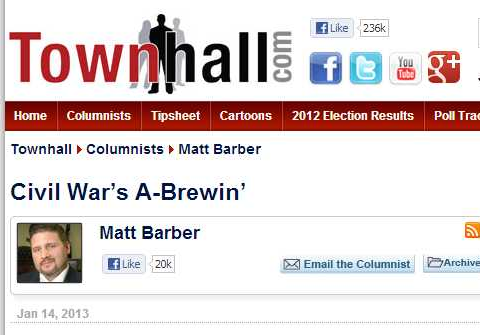 Places you don’t se mass murder and mayhem? Well, there’s a reason bad guys largely avoid shooting-up gun shows, ranges, households with signs that say: “This home insured by Smith & Wesson” and Texas in general. It’s because they know – even while thick-skulled liberals don’t – that, as recently noted by the NRA’s Wayne LaPierre, “The only thing that stops a bad guy with a gun is a good guy with a gun.”

1. Oct. 16, 1991: A deadly shooting rampage took place in Killeen, Texas, as George Hennard opened fire at a Luby’s Cafeteria, killing 23 people before taking his own life. 20 others were wounded in the attack.

2 .Aug. 1, 1966: Charles Whitman opened fire from the clock tower at the University of Texas at Austin, killing 16 people and wounding 31.

3. Nov. 5, 2009: Thirteen soldiers and civilians were killed and more than two dozen wounded when a gunman walked into the Soldier Readiness Processing Center at Fort Hood, Texas, and opened fire. Army psychiatrist Maj. Nidal Hasan is charged with 13 counts of premeditated murder and 32 counts of attempted premeditated murder.

4. Sept. 15, 1999: Seven people were killed and seven others injured when a gunman opened fire inside a crowded chapel at Fort Worth’s Wedgewood Baptist Church. Some worshipers believed that Larry Gene Ashbrook was pulling a prank and continued singing after the shooting began. The murderer killed himself.