This is Only News When a Democrat is Involved 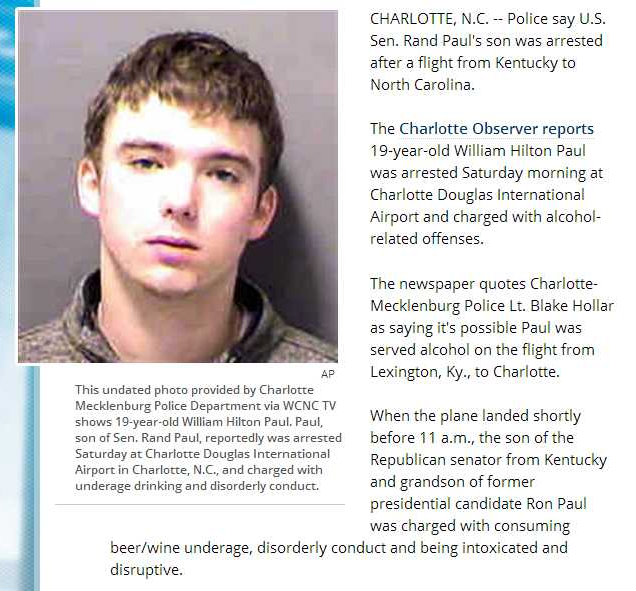 If this were the child of Al Gore or someone who identifies themselves with the Democratic Party, it would be a huge story. But, because this is the son of a U.S. Senator who self-identifies with the Republican and Tea Party brand, they beg for privacy and understanding.

The bottom line is this--it's not news. A 19 year-old man who drinks and does stupid things in America is a common as crab grass. No one should confuse teenage kicks with parental neglect unless there is a clearly documented pattern of parental abuse or neglect. The Pauls could be reasonably competent parents and their  idiot kid could still screw up.

Again, this is only news when the parents involved are liberals with so-called "permissive" philosophies. The fact that this happens to God-fearing conservative folk should pretty much indicate that underage drinking and shenanigans are commonplace in our society. Hard assedness hasn't solved the problem, has it?
on January 07, 2013