Stanley McChrystal Tries to be Relevant 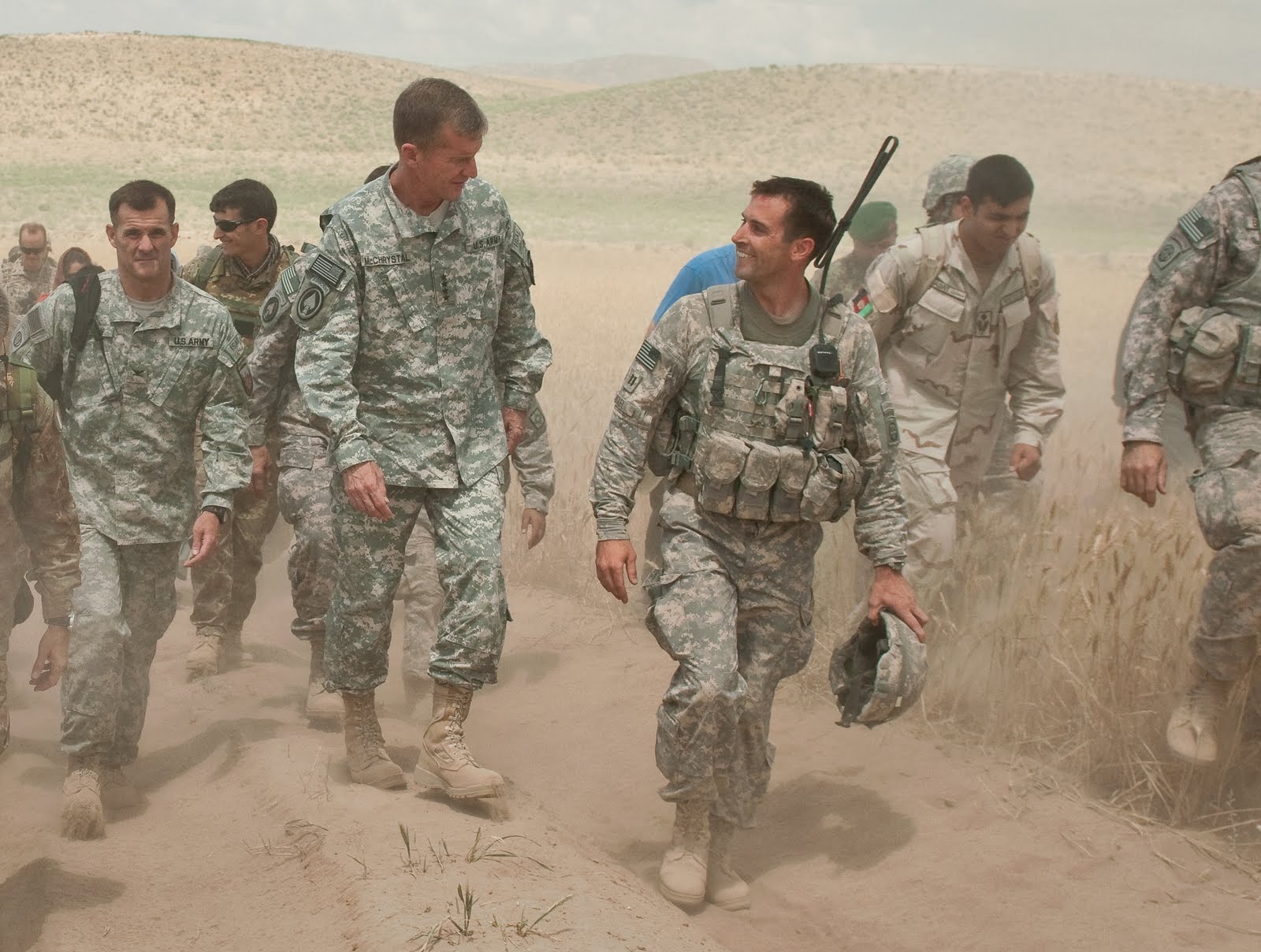 I'm sorry, but Stanley McChrystal remains a fraud in my eyes, even when I agree with what he's saying:

“I spent a career carrying typically either an M16 or an M4 Carbine. An M4 Carbine fires a .223 caliber round which is 5.56 mm at about 3000 feet per second. When it hits a human body, the effects are devastating. It’s designed for that,” McChrystal explained. “That’s what our soldiers ought to carry. I personally don’t think there’s any need for that kind of weaponry on the streets and particularly around the schools in America.”

The AR-15, the civilian version of an M-16 or M-4, has been the weapon of choice in many recent mass shootings —both Adam Lanza and James Holmes used them in Newtown and Aurora, respectively. Since Lanza massacred 20 young children in Newtown, Connecticut, gun control has returned to DC’s front-burner and the president has called for strict gun control measures.

As an officer in the United States Army, McChrystal more than likely carried a sidearm, not a rifle. Even though he spent most of his career with the Special Forces, he was usually a staff officer of the S-2/S-3 variety. And I'm not making the case that he was a bad soldier or anything; but, as an officer, I find it hard to believe he carried a rifle most of the time. I would say that, most of the time, he probably carried a sidearm, but I could be wrong on that. In many of the photos of him that I have seen, he made the conscious decision to eschew headgear, sunglasses and a sidearm and for good reason--doing so may have been a signal to the Afghan people that he was either fearless or harmless.

Having said that, the AR-15 is such a pervasive weapon that banning it is all but impractical. I do think that the cat has been let out of the bag, and McChrystal and everyone else knows it. And, I like the fact that he mentions police. The problem with that statement is, the mindset of the people who oppose any and all gun bans believe it is well within their rights to defend themselves against the police and any kind of Federal law enforcement. These are not people who shy away from the kind of verbiage that directs their ire against authority, lawful or not.

McChrystal has to get his name out there, and why that is, I have no idea. Is he promoting something? Does he have something to sell? I confess to being ignorant of his motives, and so I won't question them further. I do think that anyone who tries to talk about gun control opens themselves up for ridicule and scorn. Perhaps he's used to such things and wants more. To me, his opinions are irrelevant.
on January 08, 2013