It's Never About Anyone But Me 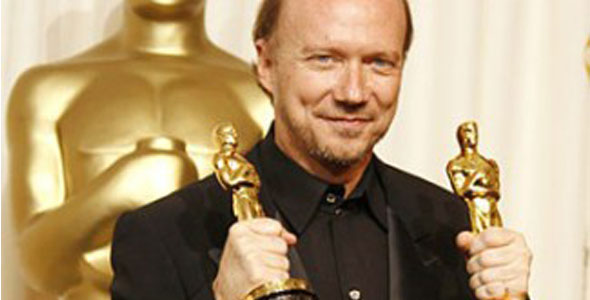 Director Paul Haggis has publicly identified himself as an enemy of the cult known as Scientology. He is, along with Lawrence Wright, responsible for the negative attention that Scientology is getting right now in the mainstream media. Once outlets like Salon are able to attack Scientology, others will follow if they see the opportunity for ratings and attention.

The problem is, Scientology is nothing you want to get attention from. It's a litigious, nasty cult of people who will stop at nothing to attack and destroy their opponents, both real and imagined. Think rich and paranoid, and then add a legion of lawyers.

At the heart of this is a universal truth--if we didn't already have a culture of self-centeredness, would anyone even care about Scientology? Look at the video below and see if you can't detect some measure of how self-centered our society has become:

Visit NBCNews.com for breaking news, world news, and news about the economy
Is it really true that the people who are swept into cults are not responsible for their actions? Is there any reason to forgive people who are weak-minded and gullible enough to give everything they own and work as slaves for the likes of the Scientology organization? America, and the world at large, are both littered with cults, large and small. Without the feeble-minded, they wouldn't exist. And, it's because of this reality that cults are here to stay, in one form or another, unless someone can define what they are and codify a societal response to their actions and influence over people.

The entertainment industry is full of self-centered needy people; no wonder Scientology thrives there. But American society is increasingly gadget-driven and self-centered. The lines between who is, and who is not, engaged in meaningful ways is not enhanced when so many are being left behind. Gadgets, in and of themselves, are not evil, of course. But the shrinking of human interaction and contact into ever-dwindling circles that have less and less to do with actual back and forth between people is isolating more and more human beings, making them desensitized to their own existence.
You cannot be for liberty and for cults of this kind; believing in the freedom of a people to live a life of dignity means acknowledging that cults operate inside of the seams of openess and draw in victims from the fringes of society. If there's anything about this country worth heralding it's the idea that you have a right to be free from the people who prey on others for monetary gain. The economic exploitation of desperate people comes in numerous forms--Ponzi schemes, legalized gambling, and religious cults. When you separate the scam from those being scammed, at the root of it all is a technicality that allows the entity profiting from the misery of others to flourish. We have to stop that. As difficult as it is to legislate against stupidity, we have to protect citizens from predators wherever possible.
Perhaps when we're done fighting terrorism and defiant gun owners, we can come up with an American solution to what cults do to our society. It all begins with burying the self-centered culture of entitlement that exists solely because we let our guard down against the predatory nature of those who practice economic exploitation from behind the curtain of religious tolerance. That's something that is played out in America and has to end.
on January 17, 2013