Don't Cry For the Staffers 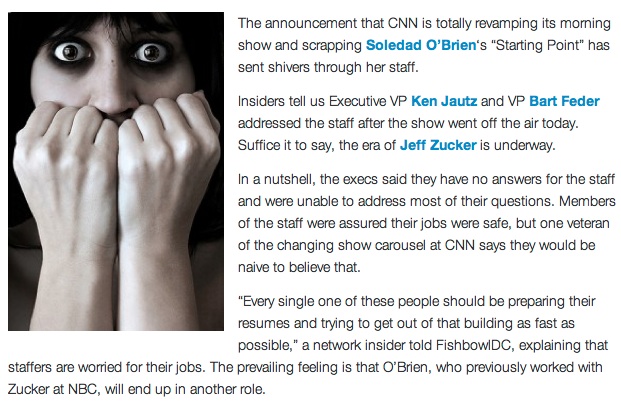 When I read stories like this, I tend to wonder if the people who write them are in touch with reality and with what's been going on in America for the last five years. No one has any job security anymore, save for the guy who gets paid to evict people in places like Detroit, Michigan. And if you're working in the broadcast television industry for a channel like CNN, then why aren't you always ready to be fired at the drop of a hat?

Anyone who chooses to work in television should probably already have that resume fired up and ready to go. Soledad O'Brien will be unemployed for five minutes or less unless she chooses to be.

The real story here is that Jeff Zucker is being allowed to ruin CNN. Who dreamed that up?
on January 30, 2013