David Mamet is a Fool 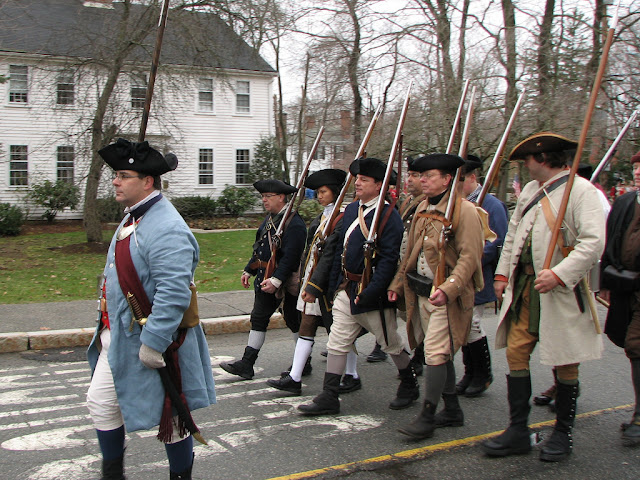 This is sort of up my alley:

Andrew Sullivan goes in pretty well on David Mamet's deplorable article which finds him arguing for a world of maximum guns. But like Scott Lemeiux, I was absolutely stunned by this paragraph:

The Founding Fathers, far from being ideologues, were not even politicians. They were an assortment of businessmen, writers, teachers, planters; men, in short, who knew something of the world, which is to say, of Human Nature. Their struggle to draft a set of rules acceptable to each other was based on the assumption that we human beings, in the mass, are no damned good -- that we are biddable, easily confused, and that we may easily be motivated by a Politician, which is to say, a huckster, mounting a soapbox and inflaming our passions.

Which is also to say the Founding Fathers were also slaves, and by slaves I mean white guys who wore wigs. All jest aside, I find the process that produces this sort of work to be utterly amoral. I've said this before, but this is the kind of writing that would get you bounced out of any decent essay writing class at a credible university. Words have meanings. You cannot change the fact that Thomas Jefferson served in the Virginia House of Burgesses because it's unfortunate for your argument. Unless you have a name like David Mamet.

I have to say that I agree with Ta-Nehisi Coates, and it is utterly deplorable to have to suffer through another David Mamet piece without being able to laugh in the man's face. He is the modern version of buffoonery, right down to his smugness and his ability to wave a bit of success around. In the world of cultural commentary, he is as wrong as a man can be.
The Founding Fathers were largely irrelevant when it came to actually "creating" the idea of America. They get all the credit because they wrote, at length, such wonderful things. But what people like Mamet often forget is that it was the community--that group of Americans who banded together and stood together and helped one another--that took up the arms and fought the crown's officials and ran them out of the towns and villages long before 1775 that created the American character and idea. These were savage, ignorant people who lived by one rule and one rule only--when my neighbor is threatened, I will go to my neighbor's aid.
Hence, the militia concept, which gave birth to the 2nd Amendment and the misguided idea that we are all allowed to own guns. That's a modern concept created by people who want to flood America with cheap, profitable handguns that make it easier to murder minority males. Tell me, if America was meant to be a nation where everyone was supposed to have their gun on them at all times, why did the people who tried to run towns in the American West in the late 1800s have to come up with the concept of surrendering those guns at the edge of town? Was it squishy liberalism or common sense?
We have no coherent idea of what life in pre-revolutionary America was like. To have lived a hundred miles from the Atlantic Ocean was to live in a country that, even though it was nominally free and protected by His Majesty and his representatives in the colonies, was savage and brutal beyond comprehension. Sickness, disease, and the harshness of everyday life was impossible for even the people of the 19th Century to grasp. And the very real fear of being murdered or carried off by Native Americans was never far from consciousness.
The very geography of America was changed--whole areas were leveled of trees not only for farming but for safety. Vast tracts of forest were converted into virtual parks because of the need to remove any and all branches or bushes where ambushers could hide. The people who cleared and created this land didn't care about anything other than their own need to take care of one another--hence the modern "conservative" notion that everything was built by one man alone.
America succeeded precisely because no one--no one--was able to go their own way and do their own thing without having at least a distant neighbor to help them out once in a while. We tend to think of being free to move around as normal for human beings. It was not normal to move about in those days, not for great distances and not at night and not without moving in at least a small group for protection. Gone are the stockades and fences and clearings that people created for some measure of safety for themselves and their families. When was the last time anyone in America had to live in a fenced-in community, terrified to go anywhere? Oh, well, except for all the gated communities and urban hellholes, when was the last time anyone had to ride a horse more than five miles because they had to, not because they wanted to?
Everyone in the 17th Century living in America would acknowledge the concept of "you didn't build that" precisely because needing others was a way of life. No one could survive without neighbors, and without a communally share concept of interdependence. In other words, everyone was a liberal in those days, and everyone contributed something to the safety and wellbeing of their community.
So, we're treated with the ideas of David Mamet, writing horrible things filtered through a conservative mindset that ignores history or confuses it with an ideological bent that doesn't represent what America actually was in those days--a republic founded by people who didn't trust one another but knew they had to work and live together in relative peace and safety in order to have something. You cannot take one part of that, confuse it with something thought up in a stupor by Ayn Rand, and ignore the other part. You'll end up coming off looking stupid.
on January 31, 2013
Email ThisBlogThis!Share to TwitterShare to FacebookShare to Pinterest
Labels: American History, Analysis, Commentary, History, News, Opinion, Stupidity, Thoughts