At Least He is Serving 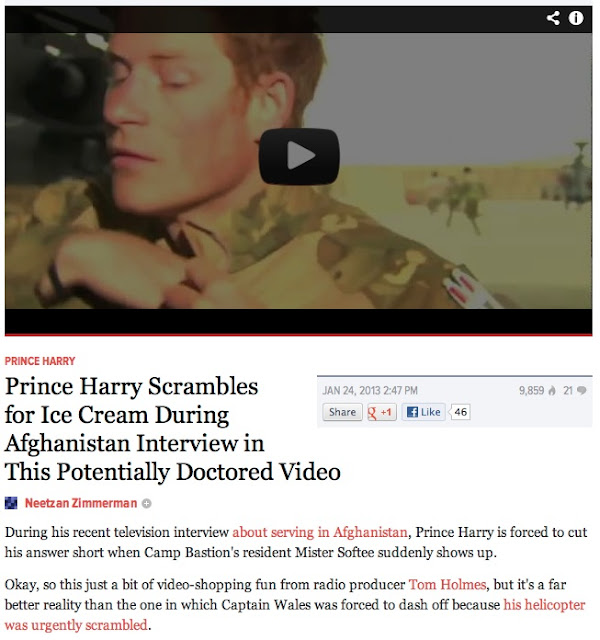 There is a tendency to laugh at the people who mock Prince Harry on the Internet; he has never done himself any favors by essentially behaving like a rake rather than a royal. I think that the royal family, and the idea of royalty, are ideas best abandoned to history.  But this video is quintessentially bitchy, superficial, and full of itself:

At the very least, here is a wealthy, privileged young man who is serving in a foreign country, in uniform and in harm's way (I have no reason to believe otherwise) and he is doing so out of a sense of duty that is all but unheard of in the United States. Why would anyone mock what he's doing? Where is his equal amongst those with the free time necessary to make fun of a young man serving in a war zone? Aside from the son of John McCain, where are the privileged sons and daughters of America's elite?
They are rarely, if ever, in uniform and they are not to be found sprinting across a tarmac in order to fly in a helicopter during a war.
on January 24, 2013