Who is Still Paying Attention to Wikileaks? 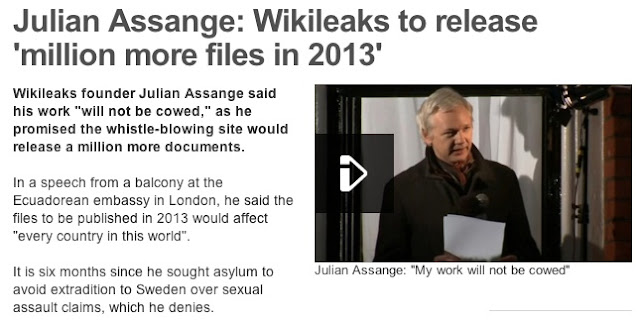 One of the greatest marketing ploys in history comes to a crashing end, and more than likely sooner rather than later.

Wikileaks, as an organization, made one hugely advantageous decision: it linked itself, via the name, to Wikipedia, thus ensuring that people would always confuse the two and lend credibility to the idea that, unless you've got a great dot.com already picked out, forget about going anywhere with your big idea.

Julian Assange is now stuck in an embassy, and it's only a matter of time before they either throw him out or the British get tired of this nonsense and go get him. The sell-by date on what Assange is marketing (really, only his own notoriety) and the usefulness of the information that he has is based entirely on what people will give him.