Steven Crowder is a Fraud 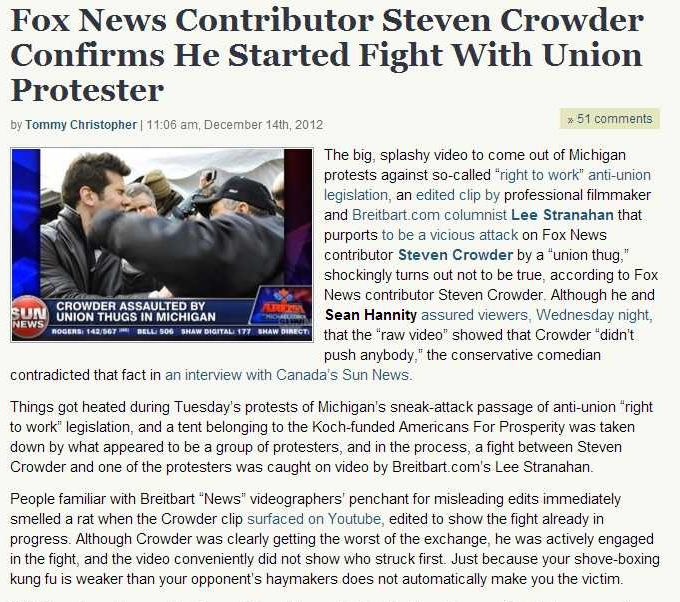 The fact that it took a mere matter of days to unmask Steven Crowder as an absolute fraud and a man guilty of criminally assaulting another human being should come as no shock to anyone with a brain. Since he has admitted starting the altercation, he should be charged with assault. By his own admission, that's the minimum of what he is guilty of.

This incident should set off bells in every newsroom in America. If someone affiliated with Breitbart.com or Fox News, et al, makes any future claim of being assaulted in public, then that claim should be dismissed as another false flag operation designed to mislead and inflame the public. These people have no credibility.
on December 14, 2012