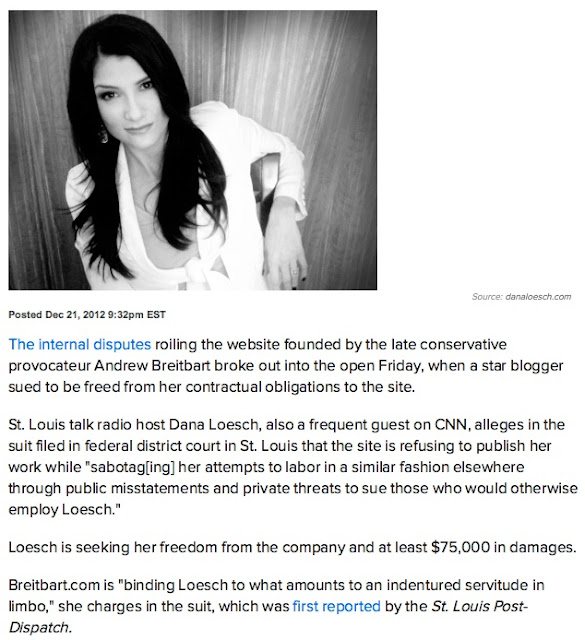 What Dana Loesch does isn't journalism, punditry, or opinion. It's borderline hate speech combined with an entertainment aspect that appeals to the lowest common denominator, hence her decision to bail on the sinking Breitbart empire and try to attach herself to Glen Beck's sinking star.

That's why this is a celebrity news item, and not a political one. Politics is not what any of these people do; politics implies a desire to reach compromise and solve problems after the voters have voted. Loesch and Beck are in the same business that the late Andrew Breitbart was in--using politics as an excuse to infuriate weak-minded people into consuming the products they make and sell after they've been scared, misled, or confused about the state of the world.

My hope is that Loesch can go sell her wares to the people still buying gold and adult diapers in bulk. She's very good at what she does, which is whip up a frenzy over something that doesn't matter to anyone who can think rationally.
on December 22, 2012