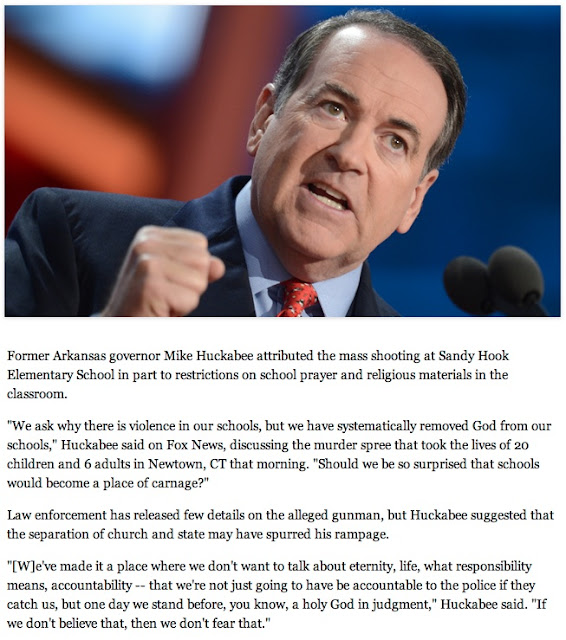 Today's nightmare at Sandy Hook Elementary School didn't take place because we have "systematically removed God from our schools." Today's nightmare happened because God took the day off.
It is a mere aside to all of this tragedy that Mike Huckabee would be out there, howling about religion and schools, trying to cash in on the fears of the weak and the feeble, and amplify the terror felt by millions by appealing to the lowest common denominator. This is where our media have failed us because, in a just society, a phony Christian and a common grifter like Huckabee would be pawing for coins under a bus station vending machine rather than commenting as if he knew what the hell he was actually saying.
on December 15, 2012