Of Course This Means War 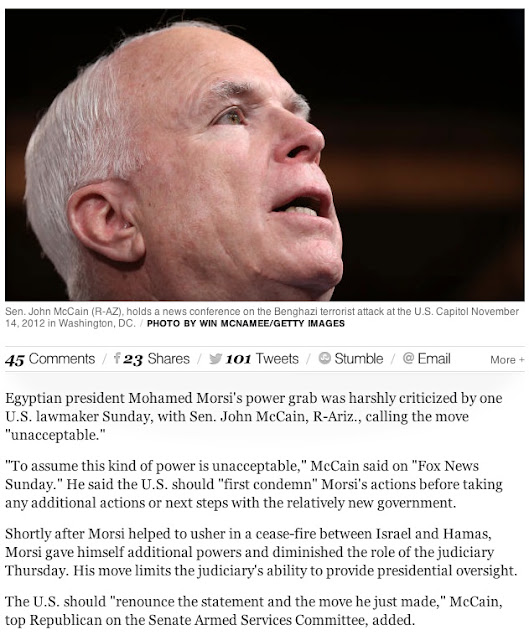 For John McCain, the world is a nail and he's the man holding the hammer of war.

These comments are fairly tame, yes, but behind them lies the continuing puzzlement I have with why this man appears on television virtually every Sunday and "makes news" by making statements no one listens to and advocates a course of action no one in either party will ever follow.

It's nice to see McCain condemning what is happening in Egypt. Where were these people when President Bush was making nice with the Muslim Brotherhood and interfering in Egypt's internal struggle to get rid of Mubarak long before the Arab Spring? Were they playing war games in Iraq or were they serious about foreign policy?
on November 25, 2012