Another Classic From the Hindrocket 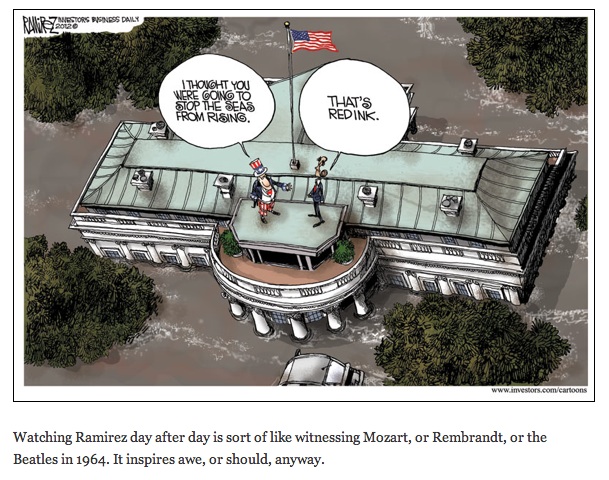 Powerline's John Hinderaker, also known as the Hindrocket, goes all-in with his effusive praise of what should really only elicit a tittering of meager laughs. Mozart, Rembrandt, the Beatles, and an editorial cartoon about next-to-nothing that only die-hard crazies from the right-wing of this country care about? Whoa, Nelly.

Mr. Ramirez can certainly draw, but who is fired up about "red ink" when it is clear that deregulation led us to the ruin of the economy and when it is safe to say that the President's response to Hurricane Sandy has taken the Republicans and thrown them off their game?

Does the name Chris Christie mean anything to y'all?
on November 03, 2012