All the Broken-hearted Fan Boys Just Had a Swoon 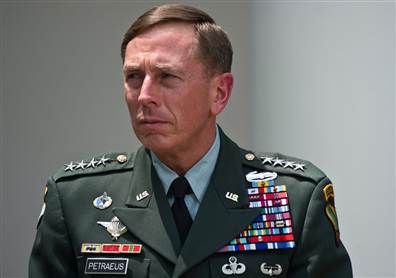 You have probably already seen the meager coverage of the resignation of David Petraeus, and I really cannot add much to it, other than to laugh at the fanboys who are, no doubt, howling in doubled-over rage.

I have long suspected that Petraeus was a very good candidate for the presidency, and that he was bought off with the Director of Central Intelligence position to some degree. Given his moral authority,
which was extremely high, there's no question that he was a feared individual in terms of how he might have been viewed as a candidate in the Republican Party. This is because there are few, if any, viable veterans who have actually worn stars and been perceived as successful. Contrast the service of Petraeus with Mitt Romney (who hid from the Vietnam War in France) and you can well imagine what 2016 would have looked like.

Fanboy James Joyner occupies a special place in my heart today. No one is having more of a sad than him as we speak.

Joyner has gone so far as to deny reality, claiming that the failure of American policy in Iraq and Afghanistan was certainly not the fault of Petraeus. Except for the fact that both wars were decided largely because Petraeus had us backing the now-dead flogging horse called COIN, that's an admirable intellectual position to take. But there was no conspiracy, no reason to believe so, unless we're going to start believing in nonsense. The conservative media in this country just spent a good year and a half peddling nonsense and nobody's buying that anymore.

As to the prosecution of the wars in which he served as a General, Petraeus made all of the decisions at his level, and used his moral authority to stampede the civilian leadership into following his push for surges in Iraq and Afghanistan. His tenure in the early part of the Iraq war, where he was responsible for the training of Iraqi police forces was marked by procurement problems and ethical problems carried out by his subordinates. He escaped accountability everywhere, and always moved up the ladder. He was enabled largely by the incompetent foreign policy hacks in the United States Senate, notably the McCain-Lieberman-Graham axis of dumb that served as his firewall for many years.

If there was any justice, McCain and Graham would quit as well, if only because there is no one left to believe in when your idol has fallen. This man, David Petraeus, was idolized like few other generals in the modern era and now he has revealed himself to be a hypocrite who couldn't keep it in his pants. The fanboys from the war blogs have now seen the sunset on their belief that only one man in America knew how to fight a war, and now they are crying and despondent. The COIN mafia should be broken up; there are numerous general officers in the United States Army who owe their careers to Petraeus. Are they still adherents to the COIN mentality? Hopefully, they'll find new avenues of interest because America isn't going to fight another COIN war again in a long, long time.