A Gray Wolf at the National Zoo 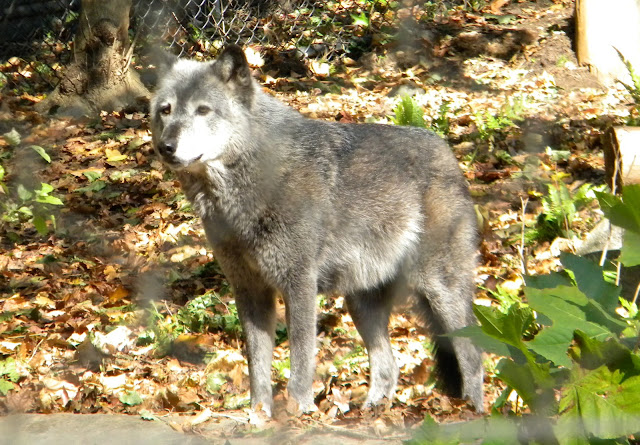 A high-resolution shot of a gray wolf at the National Zoo in Washington D.C.

This fellow has a cellmate, or habitat-mate, or cagemate who is a white wolf. I'm not sure whose idea it was to put two different wolves together, but how can that ever be a good idea? You have two wolves, they don't look alike, and they're in the same enclosed area, not much bigger than a backyard in a suburban neighborhood?

I don't want to tell wolf people how to do things, but, damn. That's asking for trouble. This wolf is staring at the people outside of the fence, dreaming of snacks. If I could replicate this look, people would avoid me in public even more so than they do now.
on November 04, 2012
Email ThisBlogThis!Share to TwitterShare to FacebookShare to Pinterest
Labels: Animal, Animals, Characterization, Commentary, Conservation, EasterBunny, Naturalism, Nature, Wolf, Wolves