Where Are You Going With This? 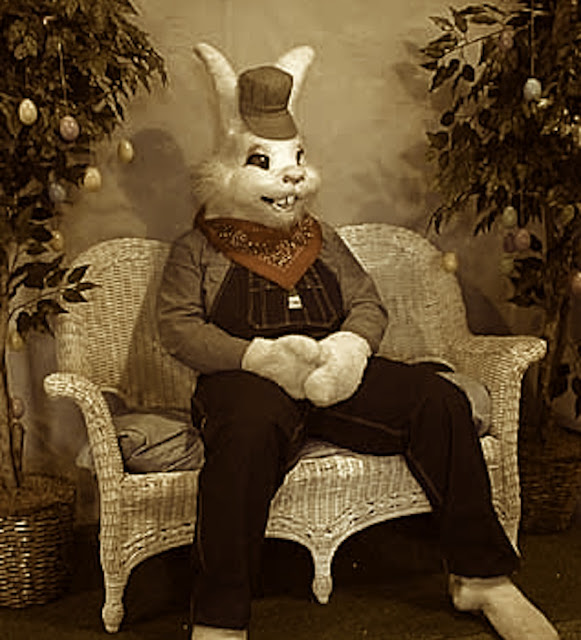 I'm not sure where she's going with this; the story seems to be about chocolate eggs and less about the marketing aspect of creating something that will deliver for the various companies that have a vested interest in profiting from the Easter bunny phenomenon.

There aren't many side stories as to the day-to-day operations of the Easter bunny. Things happen. People fall into production machinery. There are labor unions to deal with. There was one time that the Easter bunny had to deal with a trucking union strike and his solution was to hire scabs and have the striking truckers driven out of town by hired goons, also known as Pinkertons, and then charge the government a surcharge on several contracts in order to make up the difference. It was a pretty rough situation, and, when all was said and done, a couple of the guys from the union ended up wearing a wire so that the Feds could indict someone--anyone--on a racketeering charge that ended up being thrown out on appeal.

He's a rough bastard, and he doesn't mind telling you that.