This is a Good Start 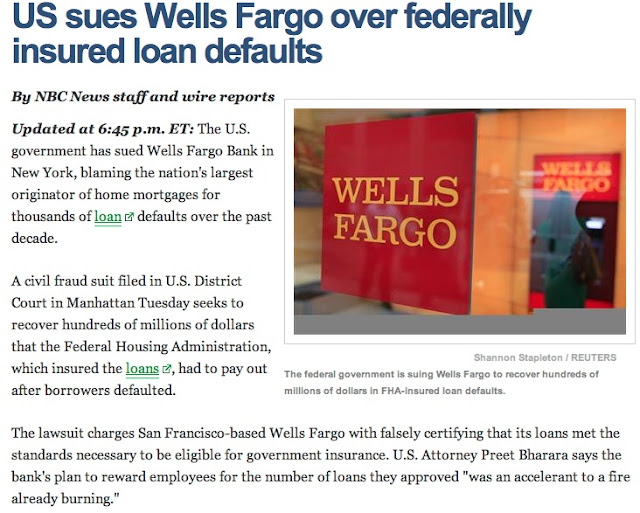 This was an institutional decision to inflict serious pain on families, communities, and the economy itself. It contravenes every aspect of doing business in an ethical, responsible way. It should result in still penalties and the dismantling of the procedures that Wells Fargo used to enrich itself during the real estate boom of the 2000s.

But, here's what will really happen:

Wells Fargo will either settle by paying a fine or it will battle the government to a legal standstill. It won't own up to what it did and pay back hundreds of millions of dollars to families who lost their homes; it won't go into blighted communities and buy back and repair the abandoned homes that ruined streets and cul-de-sacs. It'll shrug and walk away, accountability deferred once again.

There are people who will argue that going after Wells Fargo will simply increase unemployment and throw thousands of their workers out of a job. Well, if that job means continuing to ruin lives, communities, and the economy itself, then what good is that job? Because if you think Wells Fargo suddenly cares about people and places and doing the right thing, even it means losing lots of money, you're sadly mistaken.
on October 10, 2012